The 1930s home was designed by Wallace Neff and is valued at USD 49 million.

Ever fancied living in a home owned by some of Hollywood’s movie greats? Well, for a cool USD 56 million, you can own the cool Southern California abode formerly owned by Jennifer Aniston and Brad Pitt. Situated in the leafy Beverly Hills, California, the posh pad is for sale as reported by The Wall Street Journal. 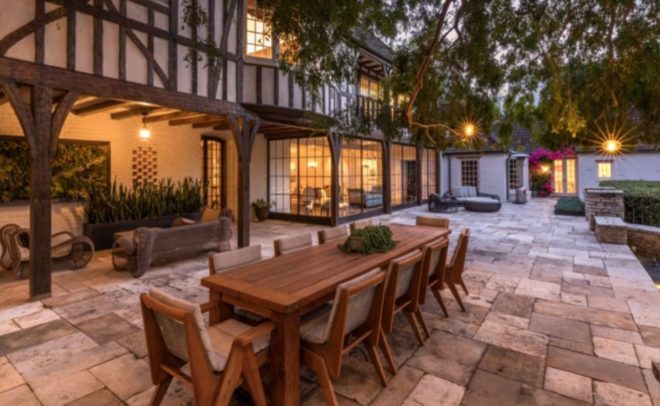 The current owner, Jonathan Brooks, a hedge fund executive who founded Smithwood Partners, bought the home after the actress and actor were divorced in 2006. The famous Hollywood couple purchased the 12,000-square-foot home for USD 31 million back in 2001. What ensued then was a lengthy three years to renovate the home. The astounding property offers heated marble floors, bar rooms where wooden floors are imported from a 200-year-old French castle. 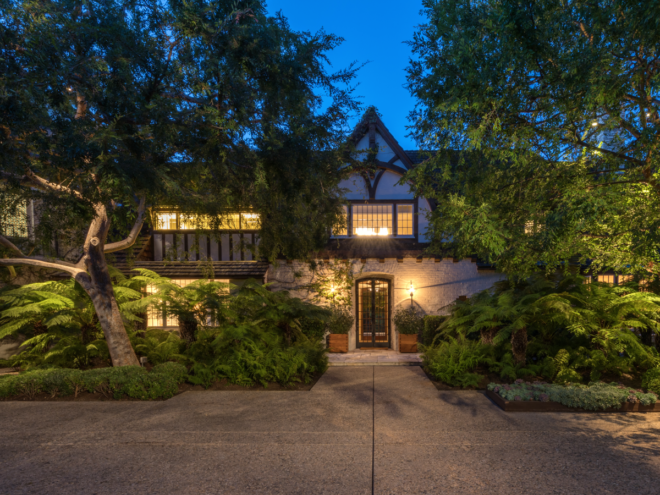 The rustic facade of the home is nestled in verdant gardens (image: Hilton & Hyland)

Therefore, the 1930s home emanates a Gallic vibe, or what the couple might call it as a “French Normandy Revival property”. The commodious property has four bedrooms, a spacious swimming pool, a tennis court and verdant outdoor spaces. The property is currently marketed by Susan Smith of Hilton & Hyland. 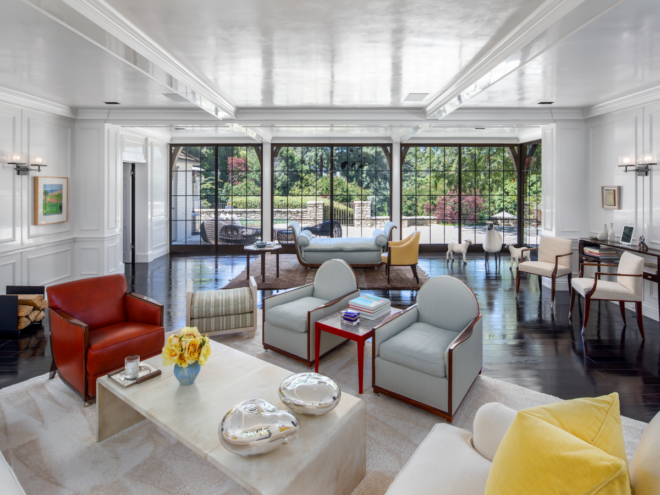 The home used to be owned by former actors Fredric March and his wife, Florence Eldridge (image: Hilton & Hyland)

This prime property is ensconced in an upmarket Los Angeles neighbourhood. The area is beloved by celebrities where it takes 17km to drive to the city centre or about 19km to get to the airport. Although Aniston and Pitt lived in the house for less than two years, they did some serious renovations; most notable are the kitchen’s black and white marble floor, and marble fireplace which anchors the dining room and can set up to 20 people. The property sits on 1.2 acres of land where majestic trees dot the landscape. Read about other celebrity homes such as this one in New York.