Sales have begun for ONE°15 Marina Puteri Harbour Malaysia, a JV between Singapore-listed SUTL Enterprise and Malaysia’s UEM Sunrise that will open in 2021.

Membership sales have begun for ONE°15 Marina Puteri Harbour Malaysia, which is located in the southern Malaysian state of Johor, neighbouring Singapore, and expected to open in the first half of 2021. Social and boating memberships start at RM$45,000 (about US$10,800) and RM$65,000 (about US$15,600) respectively. 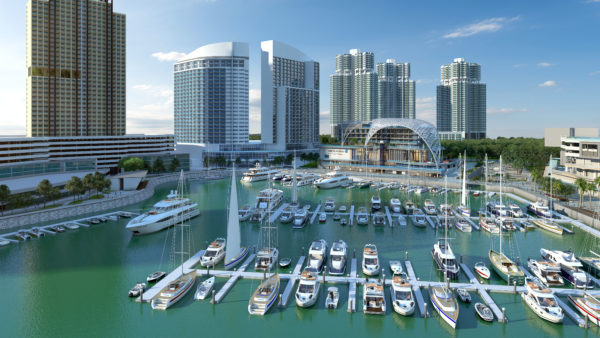 A sales gallery has been set up at Puteri Cove Quayside, situated close to the site of the upcoming marina. The gallery showcases key features of the city marina, including a scale model of the clubhouse and marina, with interactive lighting and technological features.

Located in Iskandar Puteri, the marina will target Singaporeans, Malaysians and expatriates living  in, or who own property in, Johor.  Iskandar Puteri has been attracting  a growing number of expatriates, including those working  in Singapore, as well as from China,  South Korea and Japan. The area’s  attractions including the relatively  low cost of living, international  schools, and growing retail and  recreational options. A rendering of the lobby at the marina, a JV between between Singapore-listed SUTL Enterprise and Malaysia’s UEM Sunrise

Although plans for the marina were announced in February 2016, construction only began this March after a ground-breaking ceremony featuring Singapore-listed SUTL Enterprise and Malaysia’s UEM Sunrise, the joint-venture partners. SUTL Enterprise owns and operates ONE°15 marinas, while UEM Sunrise is the master developer of Iskandar Puteri, one of the five flagship zones of Iskandar Malaysia.

Tay said: “We believe ONE°15 Marina Puteri Harbour Malaysia is going to inject new life and energy into, and be a jewel in the crown of, the Puteri Harbour precinct. 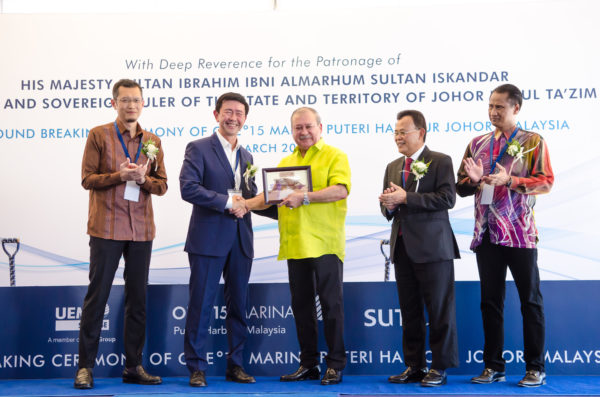 “We look forward to the marina becoming fully operational and attracting waterfront enthusiasts and yachts from all over the world. It will greatly complement our existing ONE°15 Marina Sentosa Cove Singapore and create a new buzz for the region’s boating community.”

Anwar Syahrin Abdul Ajib, CEO of UEM Sunrise, said: “We are excited about the plans for Puteri Harbour as well as the collaboration with SUTL Enterprise, a partner who shares the same vision and goal of improving the quality of living in the communities in which it operates.

“We believe the expansion and development of a world-class marina in Puteri Harbour will add to the vibrancy and attractiveness of Iskandar Puteri and contribute towards transforming Iskandar Puteri into a truly sustainable community.”