Beneteau is building a new line of expedition-style yachts led by 62ft and 73ft models, with the latter set to be the brand’s biggest-ever yacht when the models are launched in early 2021. 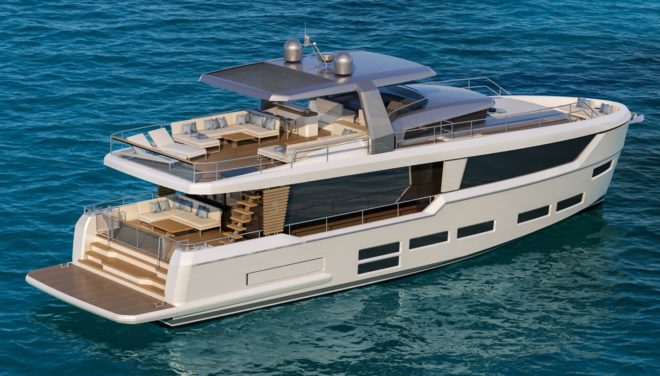 The 73ft Project E will be Beneteau’s biggest-ever boat

Publicised under the codename Project E, the yachts are being produced at the Beneteau Group’s facility in Monfalcone, Italy, home of Monte Carlo Yachts and, since 2019, the production of CRN sailing yachts.

Beneteau has collaborated with Massimo Gino of Nauta Design and Amedeo Migali of MICAD on Project E to build on the successful Swift Trawler style range by combining long cruising range with the Group’s experience in producing luxury yachts, embodied by the MCY, Lagoon and CRN brands.

MICAD has developed a distinctive displacement hull designed for long-distance cruises, while Nauta Design has created interiors featuring a satin wax-finished wood, leather and elegant textiles. Both models will have space for crew accommodation. 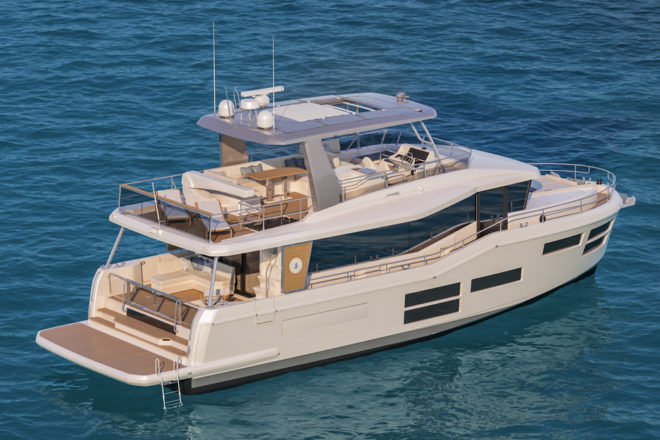 Beneteau is also building the Antares 11, which features a drop-down starboard swim platform and will debut at Salon Nautic in Paris from December 5-13.

Following the current 6, 7, 8 and 9 models in the outboard cruiser range, the new 36ft Antares flagship is a collaboration between Beneteau and Sarrazin Design, and is fitted with twin 300hp engines. 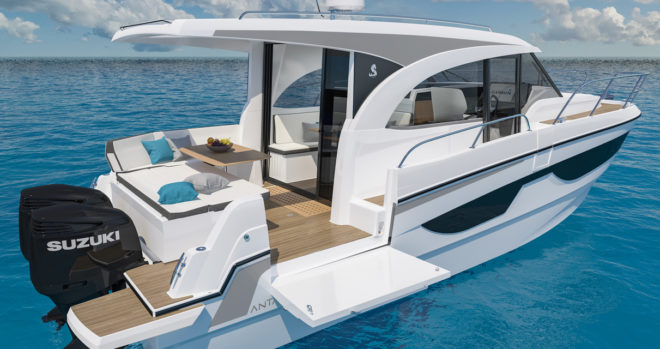 The Beneteau Antares 11 will become the flagship of its range

The boat has a flush deck between the covered, modular cockpit and the interior, which has a convertible saloon, galley, helm station and four glazed roof windows. A full-width starboard walkway leads to the foredeck, which features a sunpad.

A master cabin in the bow, full-beam aft cabin with double and single beds, and two berths in the convertible saloon provide accommodation up to seven people.

Michael Guinet, Beneteau’s Outboard Product Manager, said: “With the Antares 11, the new spearhead of the line, our priority was to provide the best quality of life on board by improving space and comfort.” 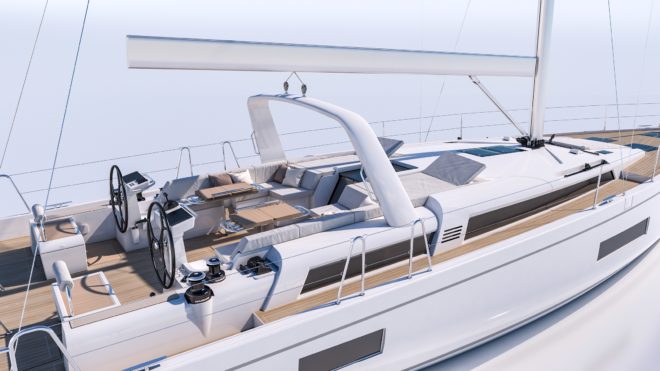 Meanwhile, Beneteau’s sailing division is developing the Oceanis 40.1, which sits in the heart of its Oceanis range (30.1-55.1), as well as the Oceanis Yacht 54, which joins the 62 model.