Andrew Pitchford has been appointed Ferretti Group’s Sales and Marketing Manager for Asia-Pacific and is among a series of notable industry moves within the yachting industry in Asia in recent months. 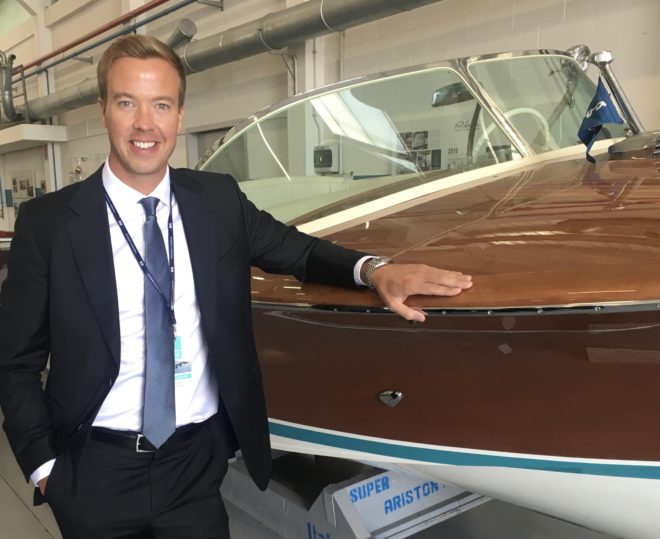 Pitchford joined Ferretti Group from Princess Yachts, having been the British builder’s General Manager for Asia-Pacific since April 2017. The Englishman has already travelled extensively with the Italian conglomerate in his first two months, visiting the Ferretti Group headquarters in Italy and attending dealership events in Australia and Vietnam.

There have been significant personnel changes in Thailand, where Northrop & Johnson announced in June that Lies Sol would manage its newly created Asia-Pacific charter team, to complement the company’s existing sales, brokerage and new build services in the region.

Sol has been appointed Charter Broker and Manager, and remains in Phuket, where the Dutch national has been based for the best part of 30 years. She was formerly working in Camper & Nicholson’s charter marketing division.

“Her wealth of local cruising knowledge, incredible network of contacts and many years of industry experience ensure she is well suited for managing charter yachts in the Asia-Pacific region as well as assisting clients in planning their dream luxury charter holidays in the territory and beyond,” read a statement from Northrop & Johnson.

Meanwhile, Lee Marine, which represents Northrop & Johnson in Asia, appointed Chanyo Manakulsawasd as Country Manager in May. Based in Bangkok, Chanyo was previously working for Azimut Yachts Thailand.

Also in Thailand, Rico Stapel departed Boat Lagoon Yachting and Princess Yachts South East Asia in May after more than six years, having been Head of Charter for the majority of that time. 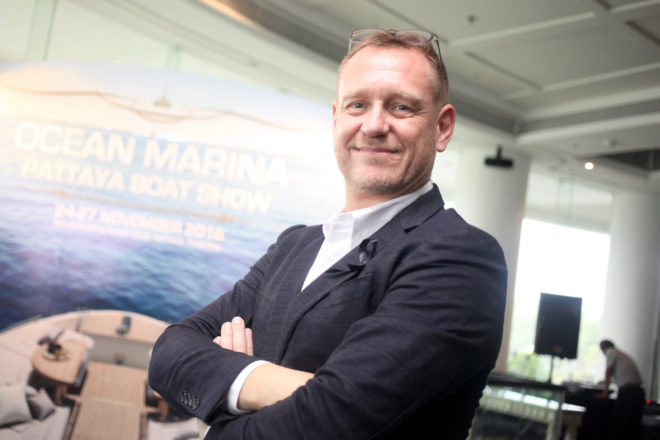 Stapel has been based in Thailand since 1990 and worked for the likes for Simpson Marine and Northrop & Johnson, but is now heading business development at JStar & Stapel, which ‘specialises in Charter Yacht Marketing – nothing else’. Stapel founded JStar & Stapel to support the charter industry with a B2B solution for yacht owners and agents/concierges alike.

“The day charter market here in Phuket is quite fragmented and it’s not always an easy task to find correct information and learn all there is to learn for an agent/concierge offering yachts to their clients,” Stapel said. “Yacht owners, on the other hand, often don’t have the time to execute a comprehensive marketing strategy for just one yacht either.”

In Singapore, industry heavyweight Julian Chang was appointed Senior Advisor for Burgess in June, having been Fraser’s Director for Southeast Asia since January 2014.

Chang has been a Member of the Board of Directors of The International SeaKeepers Society since January 2010 and the President of SeaKeepers Asia since May 2017. He’s also the Managing Director of Raffles Yacht Pte Ltd and the former Executive Director of Yantai Raffles CIMC Offshore Limited.

China’s Rock Wang made arguably the biggest move when  he relocated to Haarlem in the Netherlands for his new role as Feadship’s Account Manager Asia. Wang had been Burgess’s Chief Representative, China, since December 2017, having represented Edmiston for five years prior to that.

Wang is focused on commercial activity and sales for Feadship’s Asian business while supporting the superyacht builder’s marketing team for branding, PR and marketing activities in the region.