The 55m Amels Lili will be in Asia during the start of a global journey taking in the Mediterranean, Caribbean, North and South America, and South Pacific 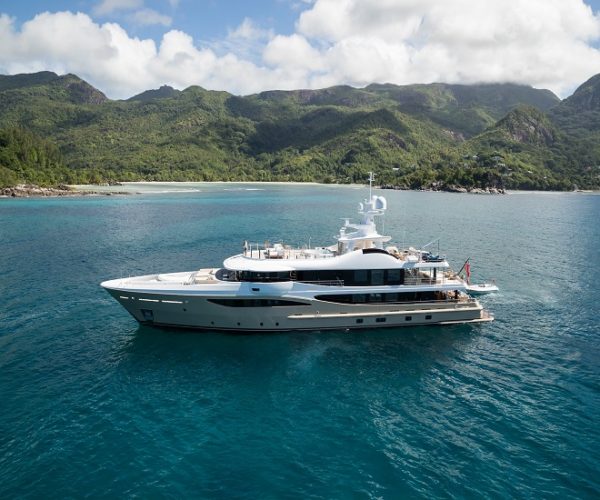 The 55m Lili built by Dutch shipyard Amels is coming to Asia as she embarks on a two-year worldwide charter tour. Imperial, the yacht’s charter agency, announced the news along with a provisional itinerary, which has since been updated.

After sailing to the Indian Ocean, Lili is scheduled to visit the Seychelles, Maldives and Thailand from February to April 2019.

The Amels 180 Limited Editions vessel is then scheduled to head to the Mediterranean for the summer season (June-September) before making the familiar journey across the Atlantic in time for the Caribbean’s peak charter season (December 2019-February 2020). 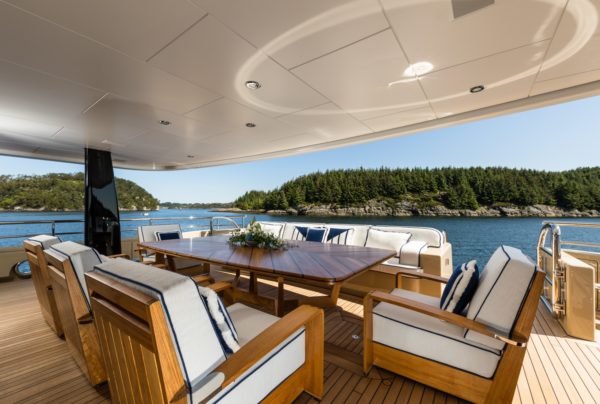 In March and April 2020, Lili will have the opportunity to discover Central and South America, including Ecuador, Costa Rica and the iconic Galapagos Islands, before heading north to Alaska for further exotic exploration from May to July.

From August 2020, the popular charter yacht is earmarked for the South Pacific and remote cruising destinations like French Polynesia and Fiji.

After that, a trip further south to New Zealand – host of the America’s Cup in March 2021 – and across to Australia has been proposed for the months of October and November.

Charter guests can enjoy a romantic movie night on Lili

Delivered in July 2017, with Imperial acting as the owner’s representative and build supervisor, Lili features an interior by Laura Sessa and exterior styling by Tim Heywood.

She accommodates 12 guests in six staterooms including an upper-deck master suite with a private aft deck, a VIP suite forward on the main deck with a private balcony, and two double cabins and two twin cabins on the lower deck. She can also have up to 13 crew on board.

Imperial will announce updates to the schedule on its website, along with highlights of the circumnavigation. 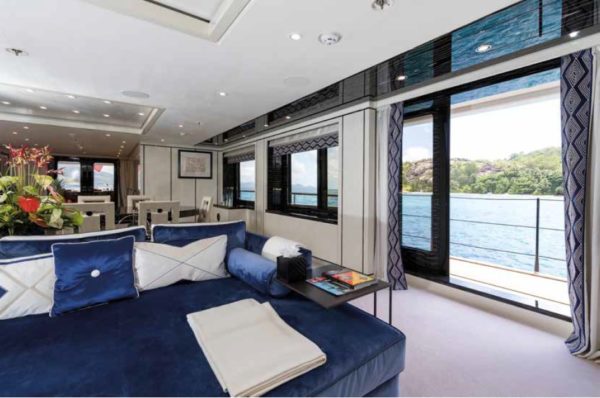 The yacht is light and airy, with doors opening to the side deck