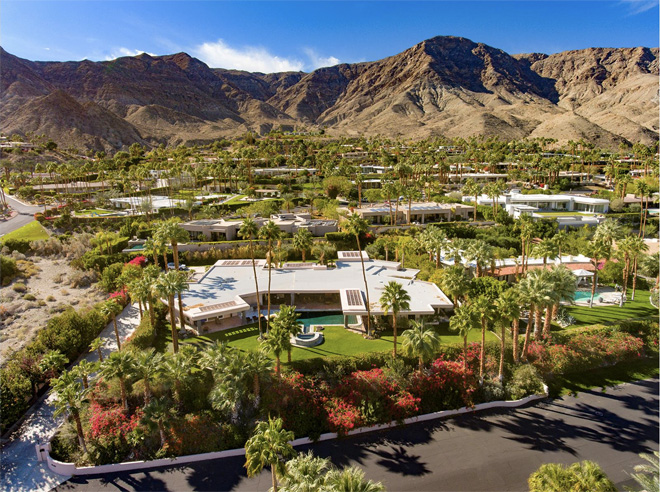 Thanks to record sales, radio ratings, and motion picture grosses from 1931 to 1954, Bing Crosby is considered the world’s first true multimedia star. So, what does a multi-millionaire “White Christmas” singer do with his millions? Build the ultimate Palm Springs House of course. Nestled within the gated community of the old-school Hollywood elite, Bing Crosby’s Palm Springs Rancho Mirage, California House is situated on 1.14 acres in the Thunderbird Heights community and now you can own a piece of Hollywood’s Golden Era.

Estimated to have a $50 million net worth by the time of his passing, the biggest hit song of Crosby’s career was his recording of Irving Berlin’s “White Christmas”. Debuting in 1941, White Christmas later appeared in his 1942 movie, Holiday Inn. That same year, his record started to chart, rising to No.1 on 31st October where it stayed for 11 weeks. Bing Crosby’s Hollywood Golden Era Palm Springs ranch-style house is one of many Crosby estates, including a 7200-square foot, 6-bedroom Southern Colonial mansion sitting on 2-acres in LA’s Touluca Lake. 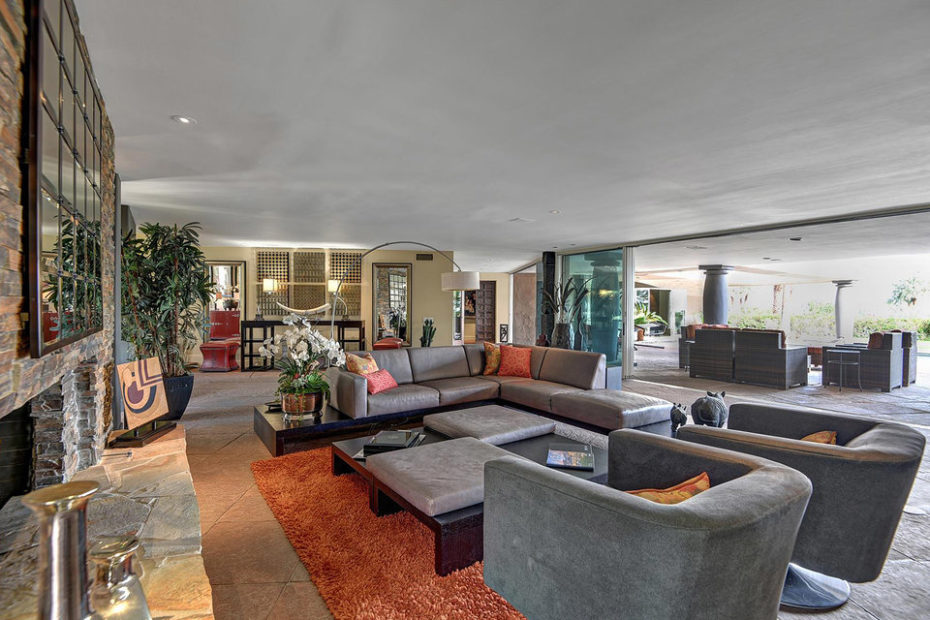 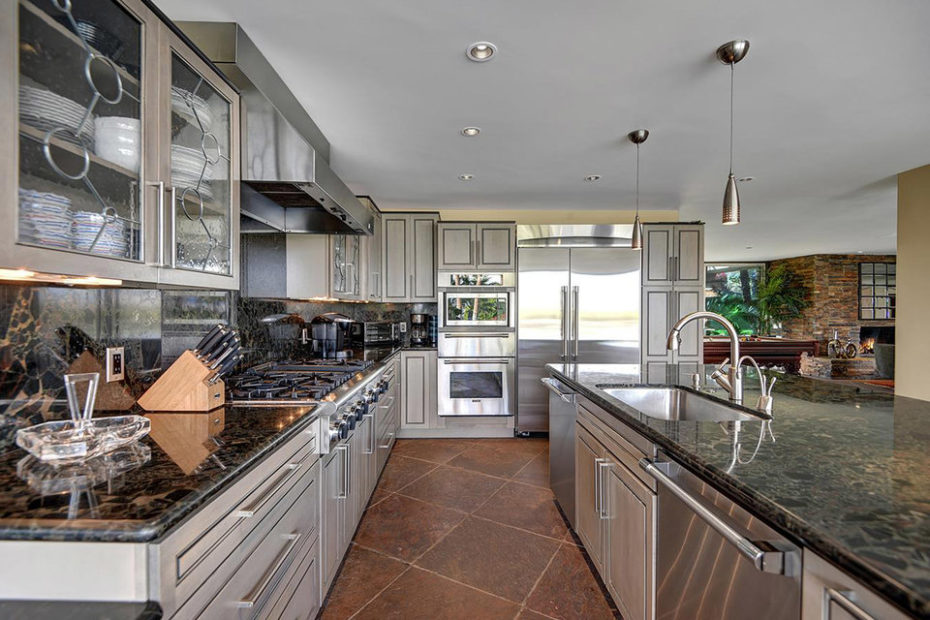 Built in 1957, Bing Crosby’s Palm Springs Rancho Mirage, California House in the Thunderbird Heights community features a fusion of art and architecture in a Mid Century design with a Moroccan theme across an interior of 6,700 square feet. Crosby’s Palm Springs house has hosted everyone from Frank Sinatra to the 35th US President where Kennedy reportedly had an illicit tryst with Hollywood starlet, Marilyn Monroe. While the consummated affair on its grounds are a rumour, that 35th lived there is not and thus, the reason why the JFK Wing of the Rancho Mirage California house takes its namesake.

The modern Crosby residence on 70375 Calico Road is a showcase of expansive and unobstructed views of the Coachella Valley, complete with large living room and stone fireplace and bar, chef’s kitchen, theatre and an over the top 1400 sq. foot master suite with sitting area, fireplace; and four additional en suite bedrooms. 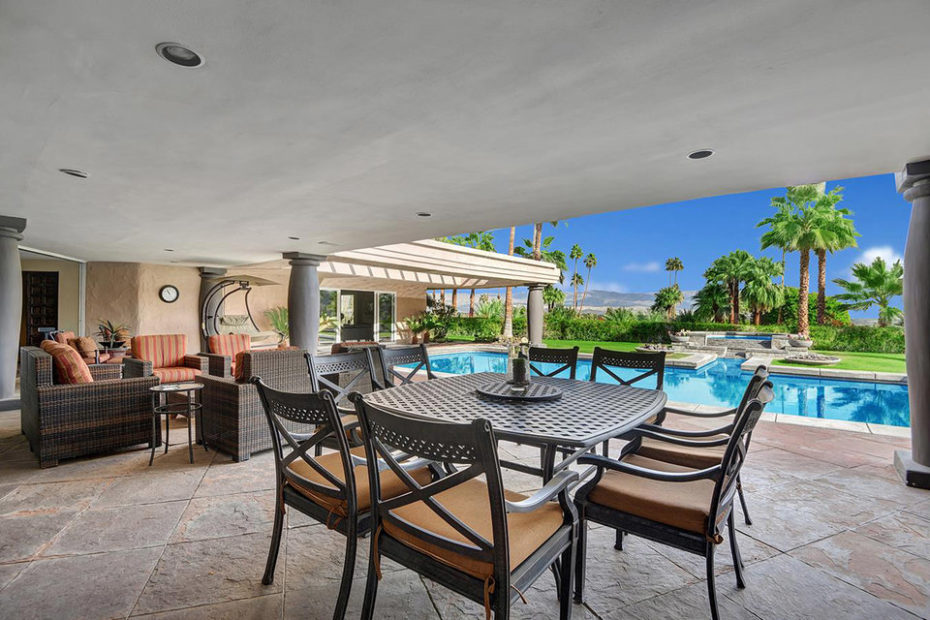 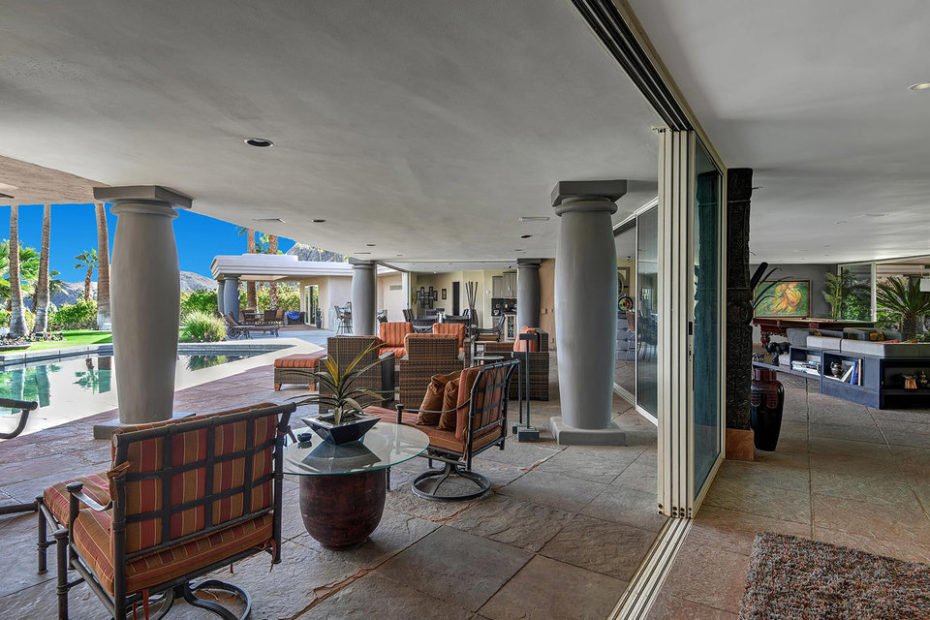 Marketed by Douglas Elliman, one can dine al fresco at Crosby likely once did in the tranquil outdoor gardens and grounds with pool, spa & three fire pits while enjoying the mesmerising views of the majestic mountains and desert scape. Crosby’s Palm Springs Rancho Mirage, California House comes with an attached casita with two en suite bedrooms, fireplace, living room and full kitchen has its own private entrance.

Architectural Digest has a cool walk-through of Crosby’s California home.