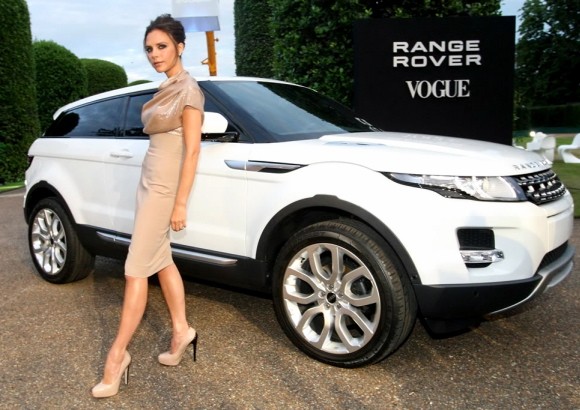 Land Rover and Victoria Beckham, the creative design director for the brand, will reveal the Range Rover Evoque Special Edition in Beijing on Sunday 22nd April.

In a sign of the times, Land Rover has opted to shrink the model in every way, offering two and four wheel drive versions and promising a fuel consumption of under 130g per kilometer. The pictures show a streamlined model that features a falling roof and rising waistline, creating a distinctive “sweep” for the wraparound glass that runs along the length of the vehicle.

It is based on Range Rover’s LRX concept, which was introduced in 2008 as a smaller, sportier alternative to the medium and large Range Rover models on the market, and is likely to compete for SUV-drivers affections with the Jeep Cherokee.

The car’s interior will be designed by Victoria Beckham, who said that she was “very excited” about her new appointment.

Here’s a little teaser video – but the final design won’t be revealed until the Beijing International Auto Show on April 22nd.