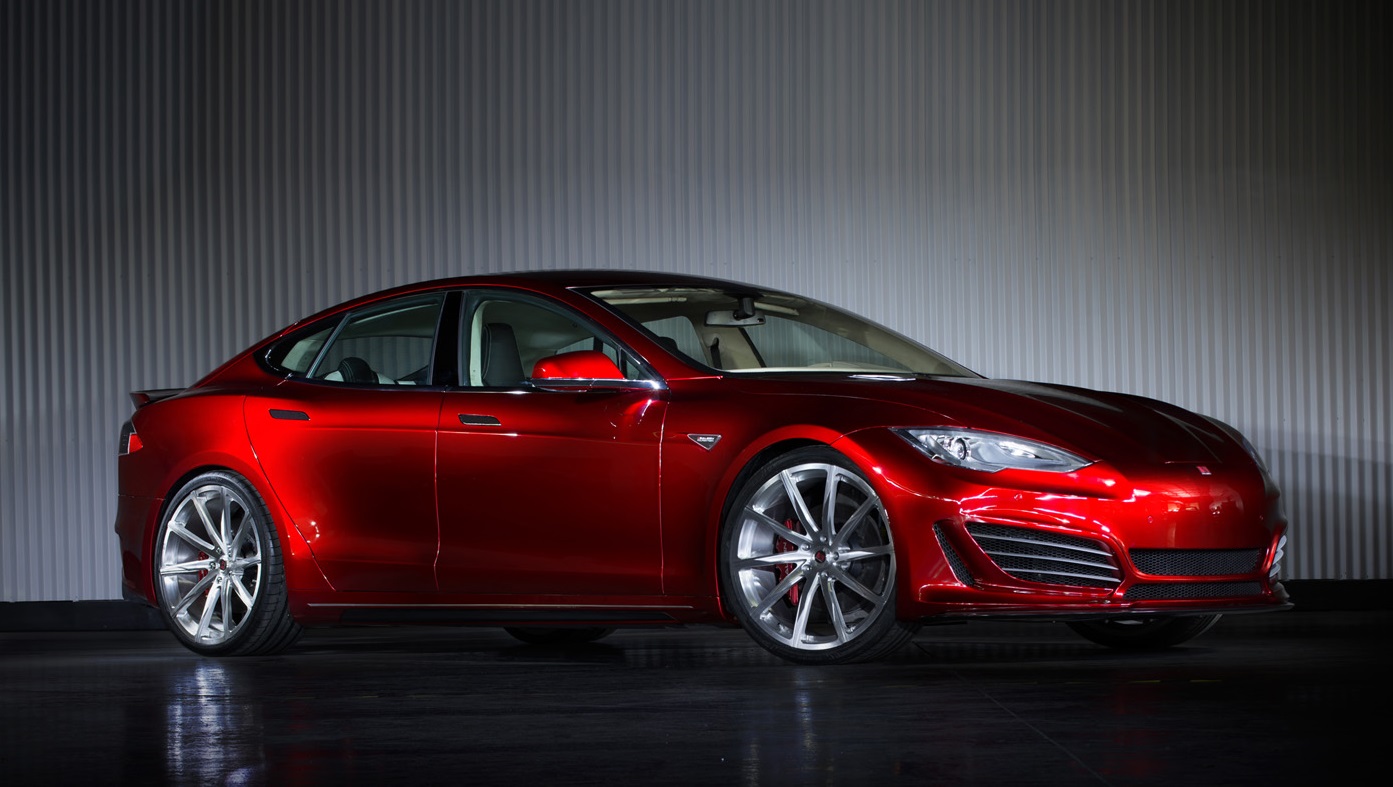 One of America’s foremost performance car makers has turned its expertise to the Tesla Model S to create the Saleen FourSixteen.

At first glance, the changes to the stock electric executive sedan may appear cosmetic. But the tweaks to the outer shell all serve the same purpose: to help the car cut through the wind even more smoothly, while keeping the engine and brakes sufficiently cooled and the four wheels sufficiently planted.

Inside, the cabin has a very sporty feel too. The addition of racing seats, harnesses and a two-tone leather finish that extends to the dashboard all hint at the car’s capability.

SEE ALSO: TESLA CONFIRMS ITS SUV IS COMING IN 2015

However, even here there is a little nod to practicality. The Saleen offers more in-dash storage space than a stock Tesla, as well as a cup holder and a drawer for charging smartphones.

But it’s under the hood where the biggest changes have been made. The car gets a three-phase, four-pole AC induction motor that’s connected to a redeveloped drivetrain with a higher final gear ratio to increase acceleration. It also gets a clever locking differential and a stability control system to push the right amount of power to the right wheel so that the Tesla can corner as quickly and as confidently as it travels in a straight line.

And to make sure that the extra performance doesn’t compromise everyday ride quality, the suspension system is adjustable.

“Tesla has created an entirely new class of American automobile,” explained Steve Saleen about Tesla’s decision to spice up the Model S.

“There are many similarities to this and how Ford created the ‘pony car’ class in 1964 with the Mustang, which is how these vehicles stand out from the rest of the pack.”

All of which means that customizing electric cars is set to become an automotive trend and one that Saleen is looking to spearhead.

Saleen isn’t yet prepared to go public with performance figures. All the company will say is that it will be faster off the line than the standard or performance versions of the Tesla Model S and that, thanks to the aerodynamic tweaks, it will have a longer range before it needs recharging.

The FourSixteen will cost $152,000 if delivered as a complete car. However, existing Tesla Model S owners can have their cars upgraded to the Saleen specification for less.