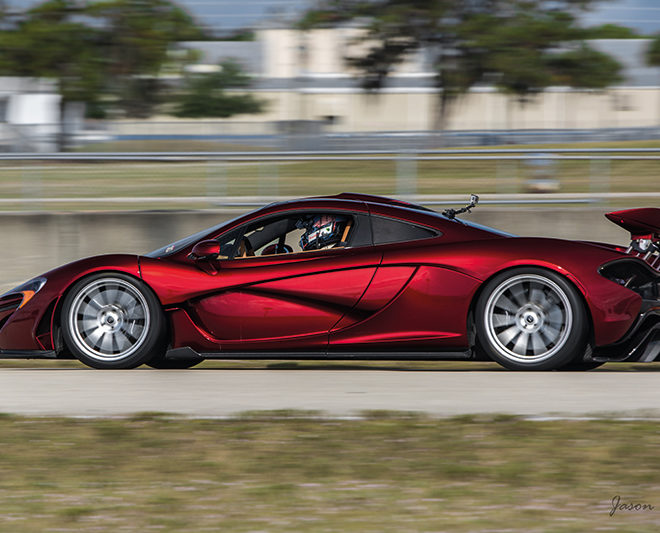 Professional racing driver Jonathan Summerton shares his experience on track with one of our cream cars, the McLaren P1.

You know that time when you think you are dreaming and you never want to wake up…… Yeah that was me today. The only thing though, I wasn’t dreaming. It was a reality! I was having the opportunity to take a McLaren P1 around the world renowned Sebring International Raceway in Sebring, Florida. Not going to lie, being a professional racing driver has its perks. This is one of the few cars I haven’t had the chance to drive, until today, and what a blast it was. This car has over 900 horses pumping to the wheels and you can definitely feel it! I jumped in and felt right at home with all the instrument panels similar to a race car. The owner told me to put it in race mode and turn off all the aides. Naturally, I did. I took her for a couple of slow laps to get comfortable with the $2 million car, before thrashing it around the track. When I came around for my first real fast lap, the car was at home, engine roaring, wing moving with every input from my foot, and DRS kicking in on the straights.

I have driven lots of supercars and when I came to the straight and went full throttle, the car pushed me back in the seat and never stopped pulling, even through 180mph. The one thing you have to remember is this is a road car, so there were a couple of things I’d slightly change. Such as, a little more push from the front of the car, but overall the car was a thrill and really blew my mind in so many ways. If you have the money, find a way to get your hands on one as you will not be disappointed. The car was so comfortable to drive, both on the track and on the road. I could see myself using it as a daily driver. The fit and finish of everything was beautiful, from the carbon fiber to the leather. I have to say, getting out of the car was a struggle as I knew I had just finished waking up from a dream.
Jonathan Summerton is a top racing driver from the U.S. Having competed on an international level in open wheel, rally, and GT cars.