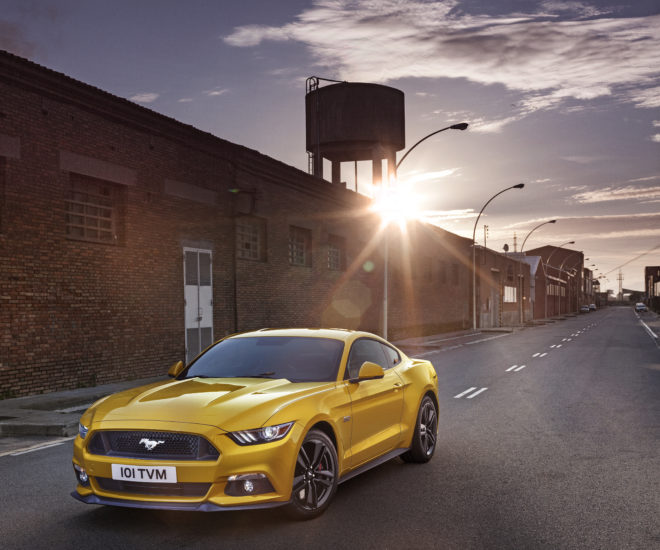 Alongside the Mustang, Ford also plans a hybrid take on the equally iconic F-150 pickup, plus a plug-in hybrid of the Ford Transit van aimed at European customers. But most groundbreaking of all, a fully electric SUV that will come with a 300-mile range and which will be offered to Ford customers globally is also in development. The SUV will make its real-world debut in 2020 as will the Mustang and the F-150, with the Transit earmarked for production in 2019.

Ford is investing $4.5 billion in fast-tracking the development of electrified vehicles as it aims to keep up with direct competitors such as GM. In December, GM-owned Chevrolet officially became the first US car company to launch an affordable electric car capable of going over 230 miles on a single charge. The Bolt costs $30,000 and the first deliveries are underway.

However, while Ford intends to enter the EV marketplace quickly it does not want to compromise its identity as a carmaker. “[Our] global EV strategy is to build on our strengths,” said Raj Nair, executive vice president, Product Development, and chief technical officer. “While some others seem to be focused on marketing claims and numbers, we’re focused on providing customers even more of what they love about their Ford vehicles. This means more capability for trucks, more productivity for commercial vehicles and more performance for sports cars — plus improved fuel economy.”

Therefore the hybrid Mustang will help squeeze even more low-end torque and high-end acceleration out of the powerplant, while using less fuel, while the hybrid Transit van will be engineered to minimize running costs even when used for deliveries in Europe’s most congested, traffic-jammed cities.

As for the F-150, Ford says that electrification will improve towing and payload capabilities and that the battery could also serve as a power generator for when heading off grid.