At the upcoming LA Auto Show, Mercedes-Benz will premiere the S65 AMG 2014, its new luxury sedan powered by a V12 twin-turbo engine with 630hp. 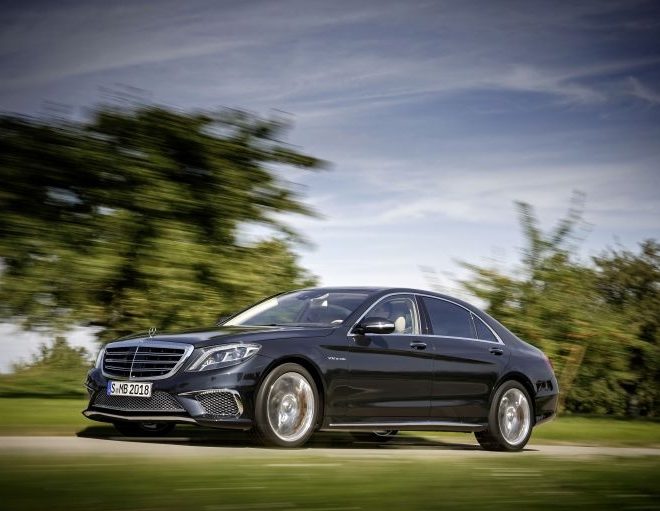 At the upcoming LA Auto Show, Mercedes-Benz will premiere the S65 AMG 2014, its new luxury sedan powered by a V12 twin-turbo engine with 630hp.

This third iteration of the Mercedes S 65 AMG has a 6.0L V12 twin-turbo engine with a total output of 630hp coupled with an automatic 7G-Tronic transmission offering three driving modes (economical, manual and sport). The sedan can accelerate from 0 to 100km/h in 4.3s, and its top speed is electronically limited to 250km/h.

The model’s fuel consumption over a mixed cycle is announced at 11.9L/100km, for CO2 emissions equivalent to 279g/km. The Mercedes S 65 AMG also has a lithium-ion battery, which allows it to save more than 20kg compared to the traditional starter and back-up batteries.

In terms of safety features, the Mercedes S 65 AMG stands out for its Pre-Safe autonomous emergency braking system and its night vision assistant. Extra options include a 360° camera, exclusive seats, or even individual entertainment systems for each of the back seat passengers.

The range will be available with four engine systems, including two hybrids (S 300 BlueTEC Hybrid and S 400 Hybrid) equipped with a small electric motor.