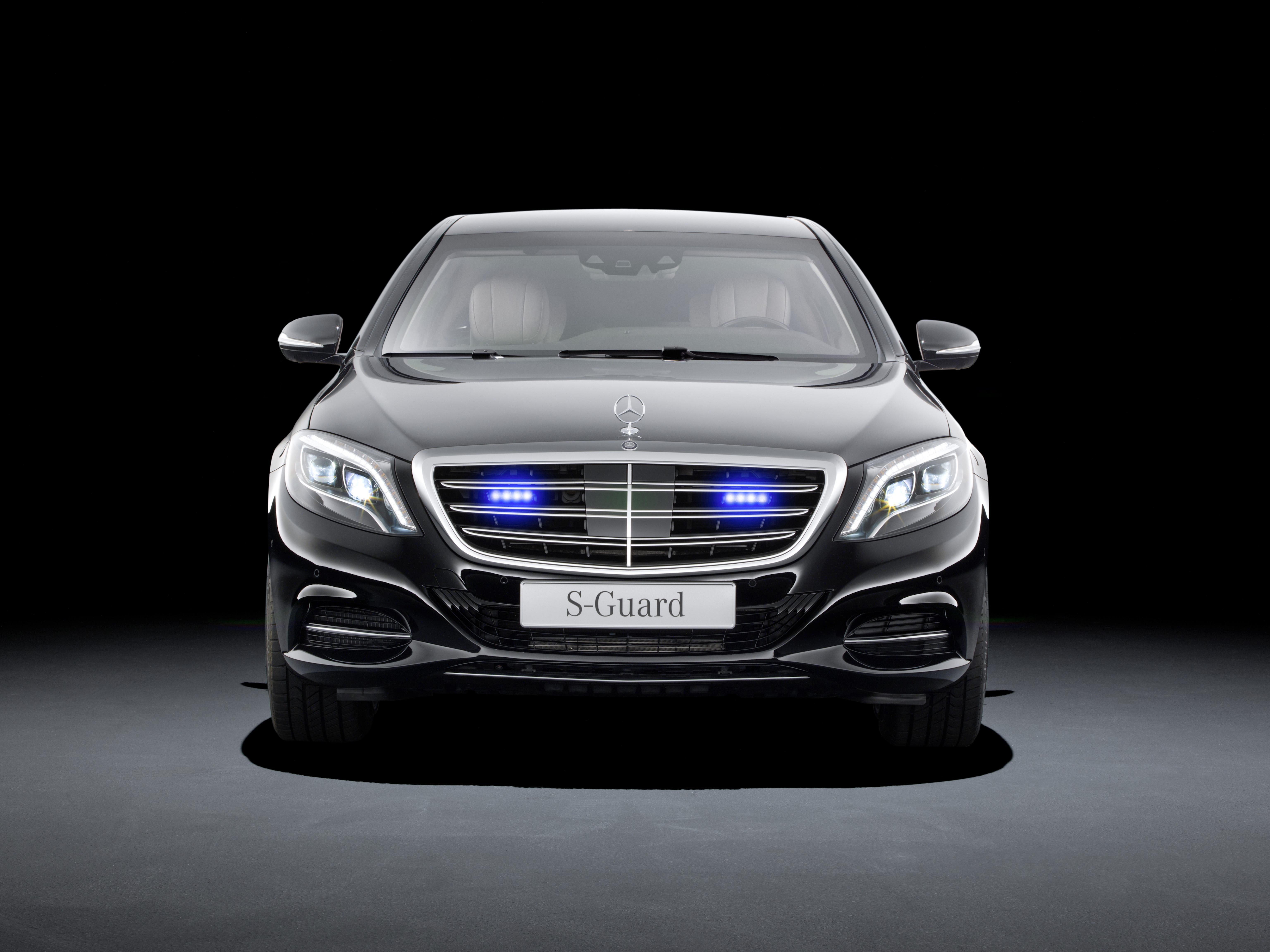 The S600 Guard offers everything that you would expect from a flagship Mercedes — a glorious V12 engine and levels of comfort that would challenge Rolls-Royce — but when it comes to safety, it’s in a class of its own.

That’s because while most new cars can survive a rear-end shunt, the Guard has been built to withstand bullets, grenades and even mines.

DON’T MISS: THIS MERCEDES IS COVERED IN REAL GOLD

In fact the glass in the side windows is so heavy that Mercedes has had to use hydraulics rather than electric motors to raise and lower them. If the car’s shell is somehow breached, it has its own emergency fresh air system plus integrated fire extinguishers to prevent smoke or fumes from penetrating the cabin. Then there’s the self-healing fuel tank and run-flat tires that will keep the car rolling for miles even if punctured.

Yet despite meeting the highest possible VR9 rating for ballistic protection and meeting the ERV2010 and the Federal Office of Criminal Investigation regulations for resistance to explosive charges, it looks just like a normal S600 rather than like a tank. And it drives like one, too.

Admittedly it’s slower than a standard S600 with a top speed limited to 130mph and needs much bigger brakes to bring that extra weight to a smooth but rapid halt. But those are the only compromises.

It is packed with all of the latest technological driver aids from active cruise control and collision avoidance to smart lane keeping and a night vision camera for driving in little or no light. It has a special heating system that ensures any surface within the cabin that an occupant might come into contact with is never icy cold to the touch.

Mercedes won’t reveal the price of the S600 Guard, nor will it reveal some of the vehicle’s finer details, such as its weight or fuel consumption.

And if size is an issue, Mercedes also offers a Guard version of its more compact E-Class executive sedan and of its M-Class and G-Class SUVs.