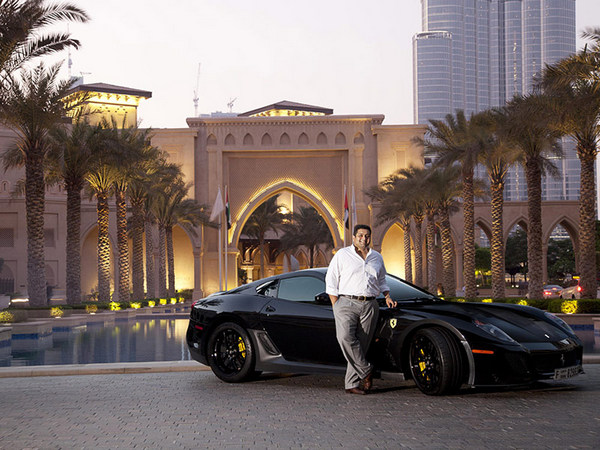 When he was a little boy, he fell in love with Ferrari after seeing a South American football player with an F40 in a magazine.

It was only after he moved to Dubai, six years ago, that he actually bought his first Ferrari, a 575M Maranello – but that was quickly followed by a 430 Scuderia, along with an Enzo, a Daytona, a 599 GTO and, at last, the F40 that started it all.

Upon noticing he had some of the most desirable Ferraris in existence, he decided the time was right to order something unique.

Arya then approached the company to discuss creating a one-off model in the same vein as the P540 Superfast Aperta and Eric Clapton’s SP12 EC.

CA says his new special Ferrari will be based on 599 GTO. “I told the (Ferrari) designers what I wanted and they presented me with a total of 12 designs.

I then picked the bits from each that I liked until we got an idea of the car I had in mind. It’s not a recreation of an old model. The car has a bit of everything in it, both old and new,” CA adds.

When asked what he plans to do, once he is delivered his one-off Ferrari, CA says, “Once it’s done, I’ll keep it in Dubai, but will take it to Europe every summer. I won’t be showing it to the world, as it’s a personal thing to me.”