The Audi R8 LMX will be the world’s first production vehicle equipped with laser lighting technology. 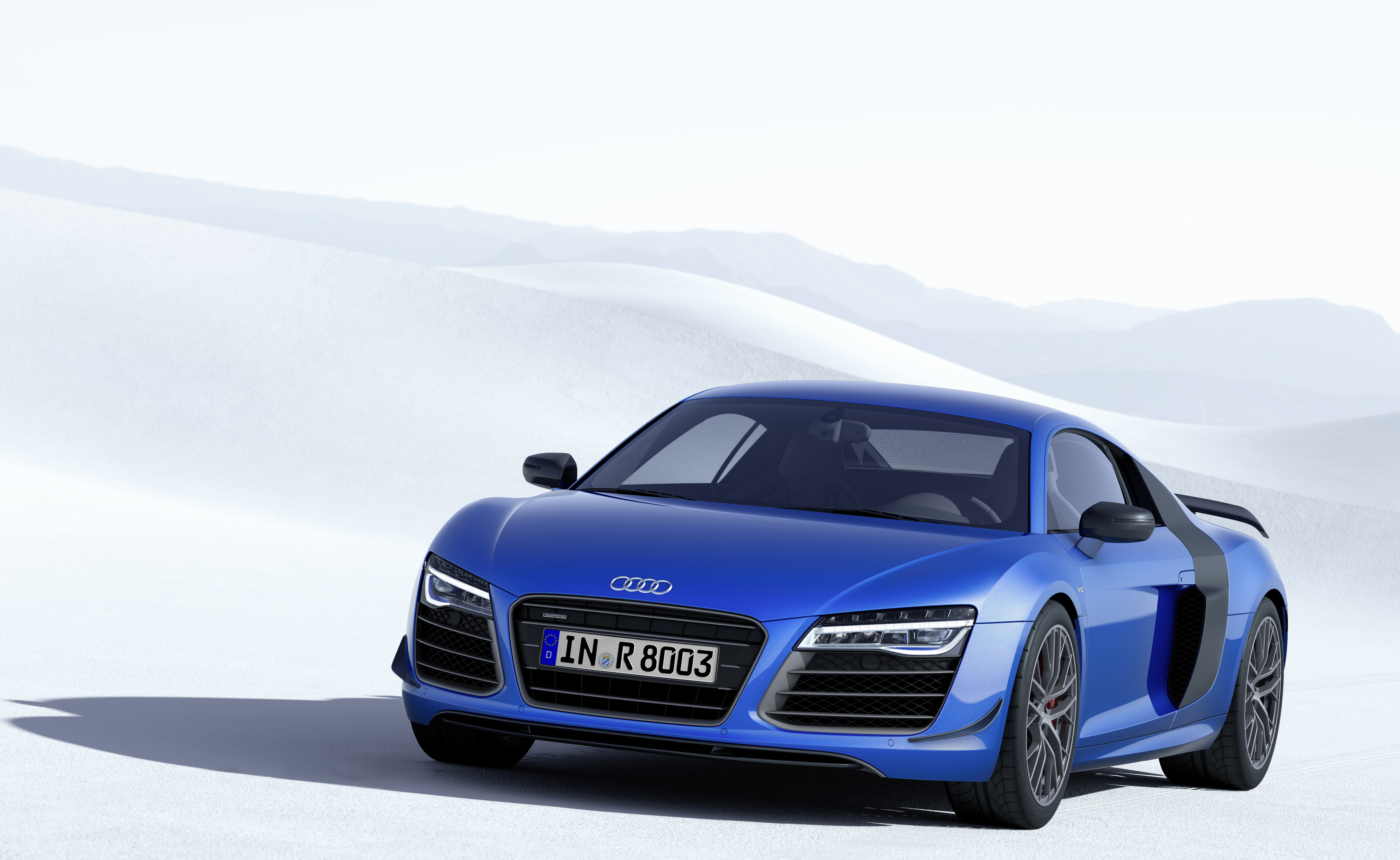 The Audi R8 LMX will be the world’s first production vehicle equipped with laser lighting technology. The sports car is slated to launch this summer.

Laser lighting has several advantages over traditional LED headlights, the first of which is better range in the high-beam mode.

The R8 LMX, which has LED headlights for normal daytime use, has laser headlights that are activated at speeds of over 60km/h to enhance visibility and thus improve safety.

A system of sensors and cameras allows the car to detect the presence of an oncoming car and to adjust the position of the headlights to avoid blinding other drivers.

A combination of LED and laser headlights is also featured on the Audi R18 e-tron, which will become the first car with the technology to compete in the Le Mans 24 Hours Race (June 14-15).

Produced in a limited edition and exclusively in blue, the Audi R8 LMX is expected to go on sale sometime this summer. Prices have not yet been announced, although they will likely exceed $275,000.

Last January at CES 2014, the German manufacturer unveiled The Audi Sport Quattro Laserlight concept, a plug-in hybrid coupe. The model served as a showcase of the brand’s latest developments in terms of hybrid engineering, driver controls, information display and lighting.

The concept’s unique headlight technology combines classic LED lights with powerful laser diodes, which are much smaller and have an unparalleled range of nearly 500m. Audi claims these innovative headlights are capable of lighting up the road twice as far ahead as standard LED lights.

Laser lights will also be available on the BMW i8 spyder hybrid, which is also expected to go on sale this summer.