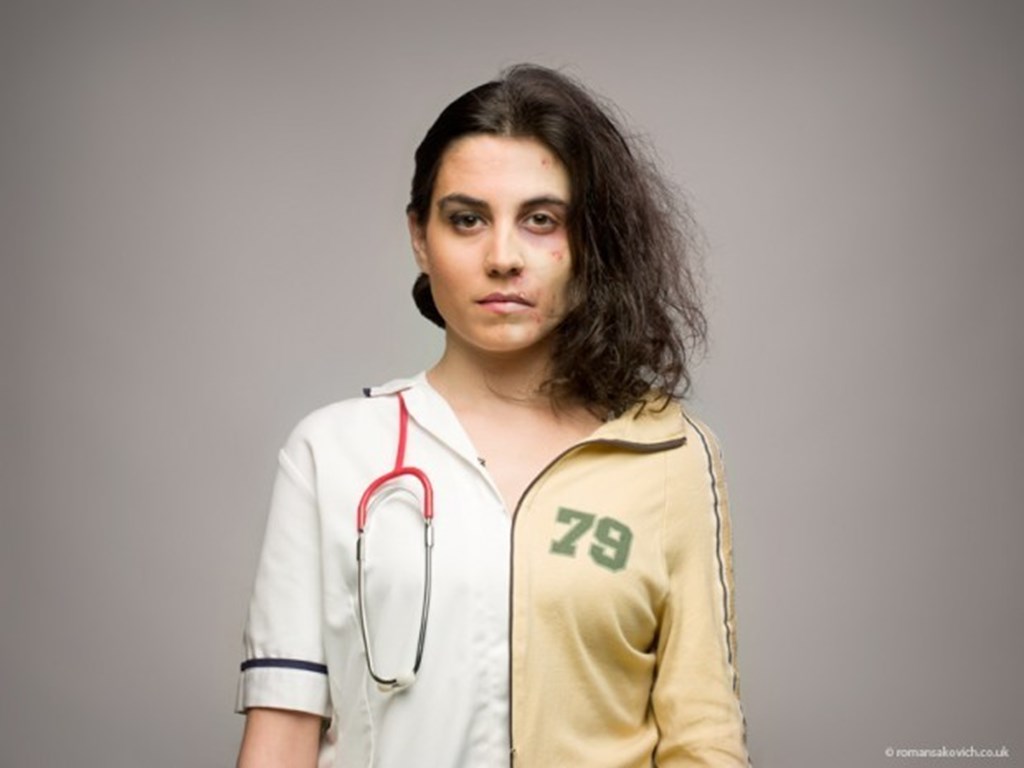 From a very tender age, most of us learnt about the harmful effects of drug abbuse and addiction. It’s one thing to learn about it but a totally different thing to see it. Part of his project “Half”, London-based photographer Roman Sakovich has his subjects face directly into the camera, their righthand side gleaming, cultivated and civilised, while on their left shows a frail, haggard person ruined by scars, eyebags and signs of drug addiction. The juxtoposition of a healthy human being and a sickly junkie sheds light on the injurious effects corollary to drug abuse, particularly crystal meth. The artist has been criticised for his simplified portrayal of drug dependency. The unsettling images were created using talented make-up artists and costume designers. In the last couple of years, Roman’s work reached over an astounding 4.5 million online publications. His work doesn’t only show the physical effects of drug abuse. With make-up done so well, the psychological effects can clearly be seen on his subjects.