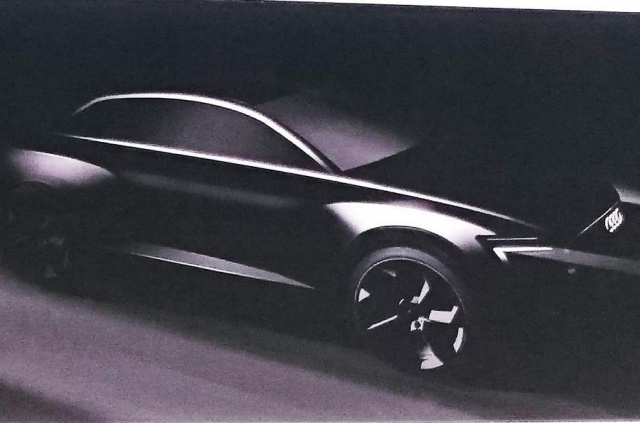 During its annual press conference on Tuesday, Ausi underlined its aim to offer 60 different models before the end of the decade and its determination to take on both the Range Rover and the Tesla Model X in the SUV market.

Audi already offers 52 different cars in its current lineup and that huge choice helped it to achieve record sales of 1.74 million automobiles for the financial year.

At the moment, that huge selection contains three SUVs — the Q3, the Q5 and the new range-topping Q7, which made its official debut at the Detroit Auto Show in January.

However, by next year the company is planning to add a baby Q1 model to the line-up which will compete with everything from the Nissan Juke to the Mercedes-Benz GLA.

Although it will resemble the company’s A1 premium supermini, the Q1 will be more aggressively styled in order to be more attractive to young, affluent drivers and to men.

The overwhelming majority of current A1 drivers are women. At the other extreme of this rapidly growing range will sit a Q8 model that will line up alongside the current Range Rover as a competitor.

It will take its styling cues from the Audi Prologue concept car that debuted at the LA Auto Show in November and will be offered with five or with seven seats. It will also have a choice of potent V6 and V8 engines.

The company likens the flagship SUV to one of its premium executive cars, albeit one that will be able to travel as comfortably over a ploughed field as it will along the autobahn.

Perhaps the biggest surprise from the event was the confirmation that a coupe-style SUV is also in development which will be called the Q6 and will be 100% electrically powered.

All four wheels will be powered by electric motors and as such will be a competitor as much for the upcoming Tesla Model X as it will be for the BMW X6 or the Mercedes GLC.

Across its entire future range, Audi pledged to reduce emissions, improve fuel efficacy and to continue its pioneering work into active safety and semi-autonomous driving technologies.

Over the past year it has hired 4,500 new employees with expertise in lightweight construction, connectivity and electric mobility.