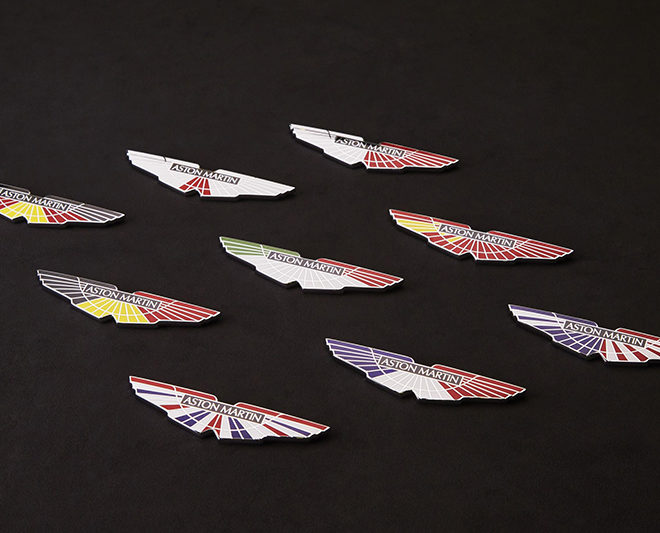 With a successful show at the 2016 World Endurance Championship (WEC), Aston Martin has marked the impressive achievement with 250 handmade jewel-like badges. The set of badges will contain nine Aston Martin emblems that were specifically designed to reflect the nine countries in which a race was held this year. For the race at Silverstone in the UK, the British sports car company has introduced red, white and blue detailing to the badges and red and green feathers for the round held in Mexico.

What makes the design so special is that it is an exact replica of the ones that have adorned Aston’s V8 Vantage GTE competition cars. Hand crafted from a copper base using enamelling techniques normally found with jewelry, each badge takes up to 20 hours to create. The badges are produced under the watchful eye of British jeweler, Vaughtons. To help fans understand and appreciate the process and effort that goes into crafting the badges, Aston Martin published a video of the badges being made.

Considering that these badges are in fact racing memorabilia, it comes with a hefty price tag of £3,750 (that’s €4316 or $4650). Of course, fans of the motoring company will see this as a good investment.

Should Aston Martin’s drivers win the upcoming November 19 competition in Bahrain, then the brand will be making a clean sweep of the GT titles. And, if that does happen, don’t be too surprised if the company decides to build a celebratory collector’s edition car to go with those badges.

To watch the process of crafting the badge, catch the video below: