Porsche has revealed the 2016 911 Carrera, ahead of its official world debut at the 2015 Frankfurt Motor Show. 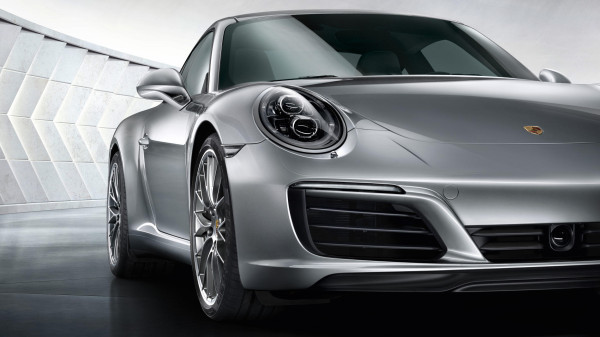 The venerable Porsche 911 will be appearing at the Frankfurt motorshow with a new, new engines and new driving tech. The Porsche 911 is the most successful and most popular sportscar in history and the only way that the company can maintain this status quo is to keep steadily improving the vehicle before its competitors loom too large in the rear-view mirror. So when the new 911 Carrera hard top and drop tops make their global debut in Germany on September 17 they will do so, for the first time in history with turbocharged engines. As well as upping performance by 20hp across the range – the Carrera now has 370hp on tap and the ‘S’ variant 420hp, – the new force-induced flat-six engines boast better fuel economy, lower emissions and an improved 0-100kph time. As well as new engines, for the first time ever the Carreras get the option of four-wheel steering while the exterior has been tweaked with new front and rear bumpers, air intakes and lighting cluster designs.