Sydney Harbour is set to get a floating heliport next month, with flights to and from Sydney Airport joining the mandatory sight-seeing excursions. 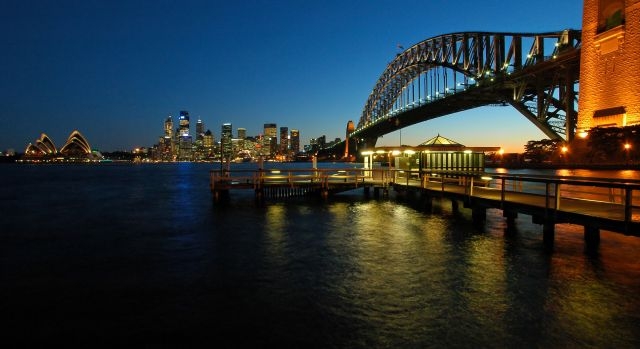 Wealthy executives and tourists visiting Sydney will be able to fly directly to the city’s harbour after the government announced Tuesday it will allow a floating heliport.

The heliport will bring passengers from the airport to the famous white sails of the Opera House and the Sydney Harbour Bridge within minutes.

“The Sydney Harbour floating heliport is a new signature experience that will help entice visitors to Sydney and make it easy for them to enjoy a birds’ eye view of the harbour,” New South Wales state Deputy Premier Andrew Stoner said.

Industry leaders have long called for a heliport based in the city, which last had one in the late 1980s operating from the Darling Harbour tourist precinct, along the lines of the services available in New York.

The large barge, which will be anchored a short boat ride from Circular Quay, will have two helipads and be in place from early December.