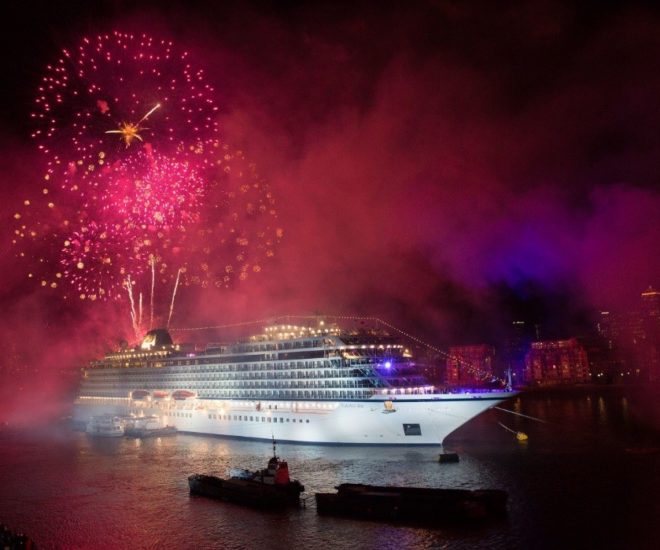 Viking Sea made its debut at the grand party, pictured above, on the Thames River in Greenwich, London, May 5. This follows the launch of the cruise company’s first ship Viking Star, less than a year ago and signals the growth of Viking Ocean Cruises, cementing the reputation of cruise industry’s most recent arrival.

Able to accommodate up to 930 guests and weighing 47,800-tons, the Viking Sea is officially the largest ship ever launched in London, but only the second of six ocean cruise ships currently planned for the fleet. The third and fourth ships, Viking Sky and Viking Sun are under construction and will be delivered in early 2017 and late 2017, respectively. The two remaining yet-to-be-named ships will be delivered in 2018 and 2020.

Commenting on the launch, Torstein Hagen, Chairman of Viking Cruises said the company looks forward to bringing more guests to London this spring and in future years, via the launches of both ships.

“Our ships are built for exploration; they are vessels that help our guests spend more time immersed in and surrounded by their destination. With the arrival of our second ship – and with four more sister ships on the way – we are focused on introducing travelers to the Viking way of destination-centered cruising, a unique style that was inspired by our success on the rivers.”