Spring/Summer ’16’s offering of accessories from the Italian brand sees a continued update of the famous Serpenti and Bulgari-Bulgari iconography that lean towards the way of modern understatement. 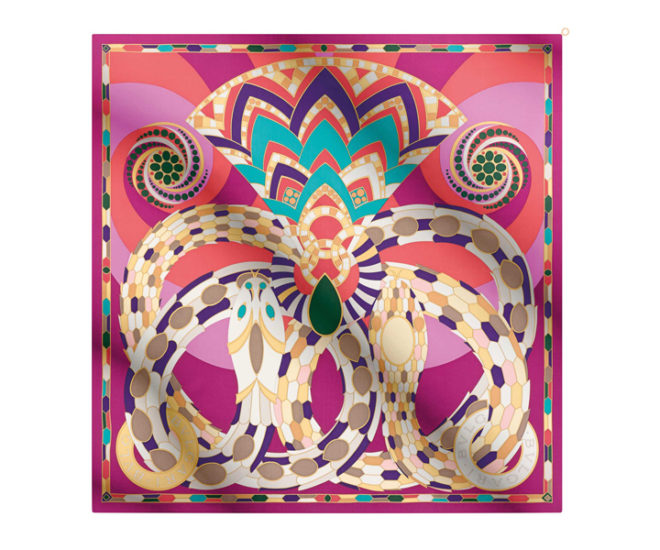 Classic Bulgari favorites get a modern and luxurious refresh this season. The line is expectedly timeless, elegant, and painstakingly crafted to the standards that the house’s jewels have become known for. The spotlight, however, falls on a majestic limited-edition piece that incorporates an intriguing blend of time, tradition and textures. Modern luxury dictates discretion of voice and a considered restraint from vulgar flaunting – this isn’t the logo-manic ’90s any more. The Bulgari-Bulgari line of bags keeps this in mind with an engraved enameled logo that falls neatly into the front sleeve, half hidden by leather – almost careless, but with precision of thought and design, surely. The bags come minimally detailed, bar the gently contrasting perspicio (latin for “see-through”) strip running horizontally across the fronts. We love these bags for the distinguished way they embody luxury without ever yelling for attention. If bags are where the details whisper, then eyewear is where they come out in force. The frames of the Giardini Italiani sunglasses from Bulgari feature lush detailing along the outer corners and temples. The latter feature hand-set Austrian crystals, framed in geometric floral and trellis patterns, and mother-of-pearl enamel interspersed among them. Another perennial Bulgari classic, the Parentesi – which finds its inspirations from San Petrini blocks typical of Roman alleyways – manifests itself as an abstract speckled pattern on the Parentesi sunglasses’ acetate bodies. The classic Serpenti was first derived from jewellery then transposed to watches. The scales on the elegant hand-crafted enamel snake’s head clasp on the flap is individually and laboriously enameled to achieve the desired colour, then blown numerous times before being set. Helming the clasp on its sides are hardy onyx studs, framed in gold, then nestled into the leather. The Serpenti Scaglie tote ups the ante and glamour with a statement handle: scale-like ornamentation resembles tiny flowers on the precipice of bloom, forming double handles. The crowning glory to the accessories lineup is the limited-edition Serpenti Forever bag. The lavish bag is crafted from python skin and painted in jewel tones inspired by a 1968 necklace – the same one Keira Knightley wore to the Oscars in 2006 – from the Bulgari archives. The skin is printed and hand-polished, creating a textural harmony and contrast between the rough scales and the painterly effects. Each bag requires three months to create, and there are only 68 of these beauties in the world.