Editors at Future Travel Experience named Etihad’s The Residence the most popular in-flight story of the year 2014. 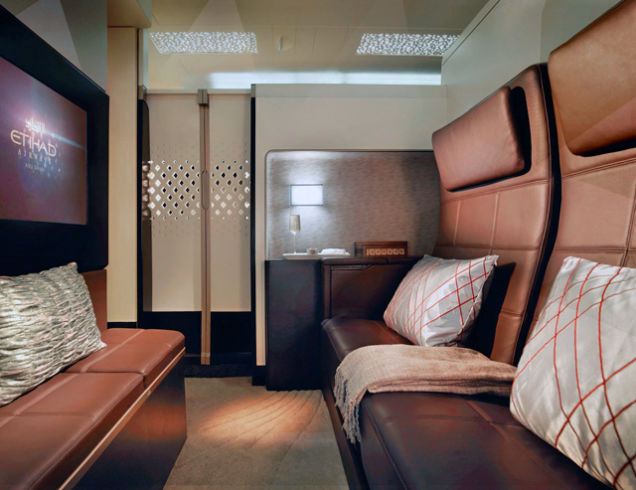 The launch of a luxurious, 3-bedroom apartment aboard Etihad Airways has been named the top in-flight experience by a group of aviation experts who make it their job to keep tabs on the evolution of air travel.

In their list of top 10 ‘Up in the Air’ passenger experience stories of 2014, editors at Future Travel Experience named Etihad’s The Residence the most popular in-flight story of the year. In May, Etihad Airways gave the world a preview of its newest innovation, a sumptuous flying hotel suite aboard its A380 aircraft that has been touted as the gold standard in luxury flying.

In addition to a living room space, bedroom, and en-suite bathroom — complete with shower, the deal also comes with a personal ‘Jeeves’ butler. After The Residence, experts said that personalized customer service is poised to change the in-flight travel landscape via technology and big data.