The United States is a pizza wonderland, and travel site TripAdvisor has combed its user reviews for the country’s best pizzerias. 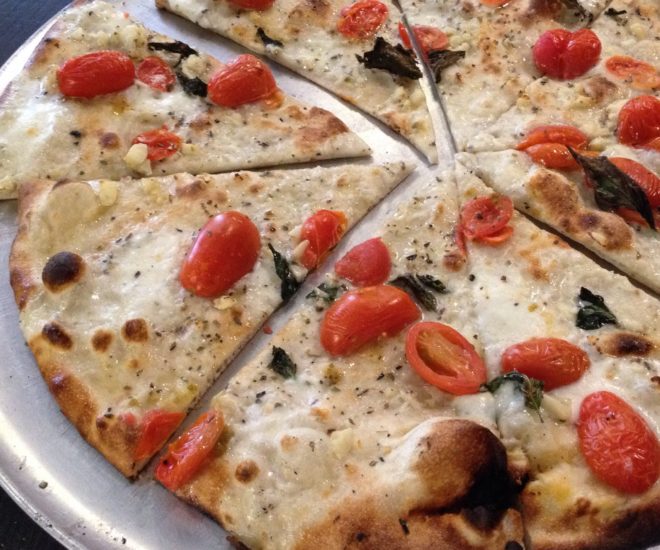 Chicago has been declared the pizza capital of the US in a new ranking that will surely stoke the longstanding rivalry between the Windy City and New York when it comes to pizza pies.

But how do you quantify which city can boast the title of best pizza destination in the US?

For their ranking, TripAdvisor analysts looked at the quality and quantity of pizza restaurant reviews on their site, giving more weight to reviews penned over the last year.

Then, they looked at the ratio of pizzerias and reviews compared to all restaurants for each city.

“Travelers come from all corners of the country to sink their teeth into Chicago’s deep dish, the big cheese of pizza destinations,” said Brooke Ferencsik, director of communications in a statement.

“New York City pizzerias also toss out an excellent slice, with Juliana’s in Brooklyn ranking as the top pizza restaurant in the country and two other NYC restaurants within the top ten.”

Rounding out the list of top pizza cities in the US are New Haven, Connecticut; Orlando, and San Francisco.

In Chicago, some of the top-ranked pizzerias include the Chicago Pizza & Oven Grinder, known for its signature individual pot pies, and the local institution Giordano’s, famous for their traditional deep-dish pizzas which the company boasts are 40 percent bigger than the competition.

The title of overall best US pizza joint, however, goes to Juliana’s Pizza in New York, a restaurant that only opened in 2012.

Pizzas at Juliana’s are thin crust and baked in a coal-fired hearth.

The list of top US restaurants is dominated by New York, with three spots.

The top 10 pizza restaurants were compiled based on the quantity and quality of reviews, and have a minimum of 500 reviews, with at least 10 of posts mentioning the words “best pizza.”

Top 10 US pizza cities according to TripAdvisor