2014 saw an explosion in wearable tech, from dedicated fitness and health trackers to watches and augmented reality solutions. 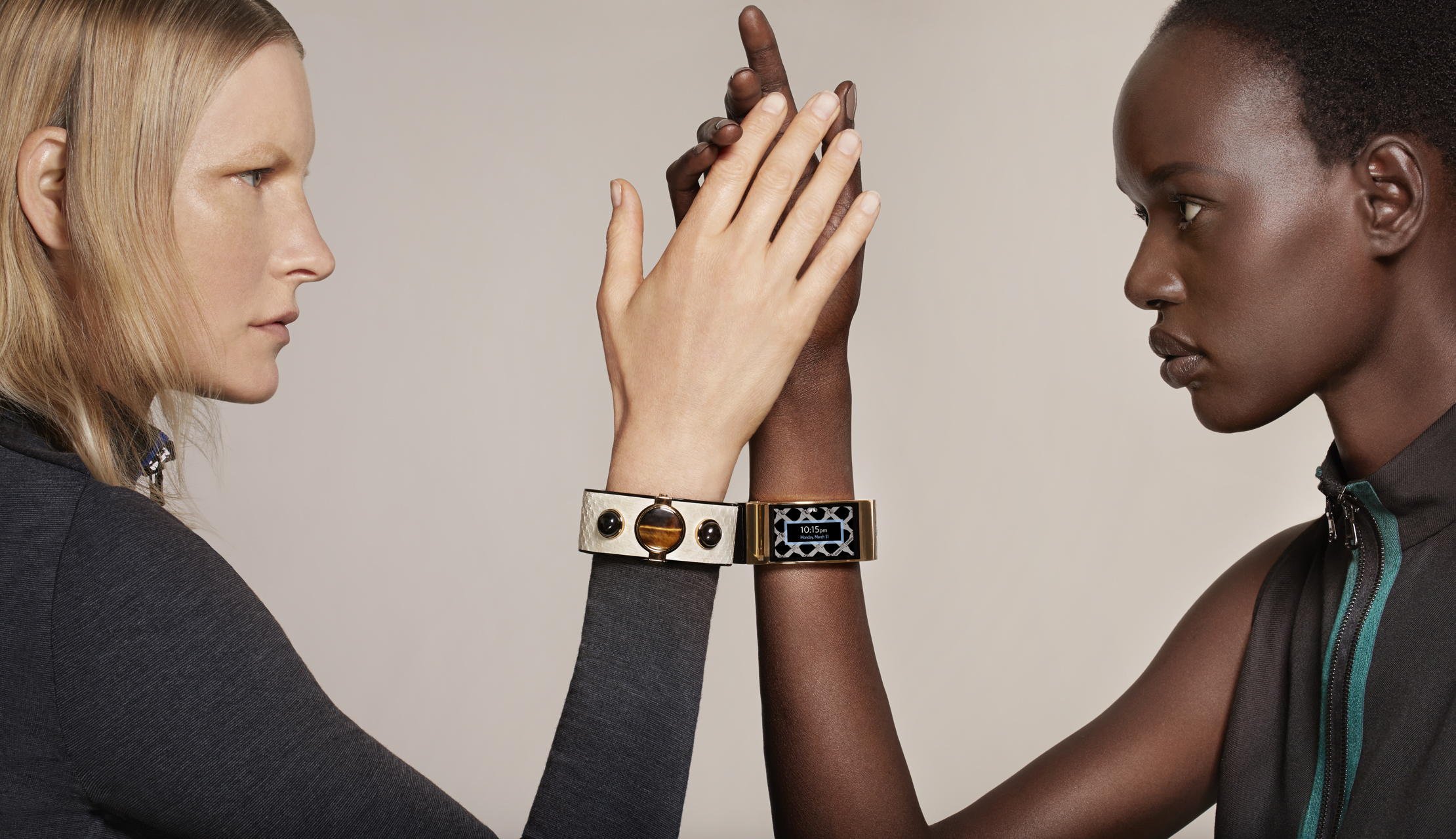 2014 saw an explosion in wearable tech, from dedicated fitness and health trackers to watches and augmented reality solutions.

It also saw the luxury world sit up, take notice, and start collaborating with tech giants on a range of upmarket gadgets. What were the big hits this year when the worlds of tech and luxury teamed up to create wearables? The tech side of things (taken care of by Intel) can display SMS messages and notifications, on a curved sapphire glass touchscreen display.

The luxe part was designed by Opening Ceremony which created one design in black watersnake skin, with Chinese pearls and Madagascan lapis stones and a second with white watersnake skin, South African tiger’s eye, and obsidian from Russia. Intel announced another deal this week with Luxottica (owners of the Ray-Ban and Persol brands) to create eyewear with built-in tech capability. Google were, of course, one of the first one the scene when it comes to high-tech eyewear. Diane Von Furstenberg first incorporated the device into her Spring 2013 runway show to offer her fans a unique insider’s perspective from the catwalk.

This year the American designer introduced five new Google Glass frame styles and eight sets of shades, all designed to create a little more fashion buzz about the wearable tech item which has had plenty of people buzzing about the potential of augmented reality. This year Fitbit found a stylish way to keep their fans happy. They teamed up with Tory Burch to create three pieces designed to accommodate the Fitbit Flex ($99.95, sold separately).

The line-up, which was released this summer, includes silicone printed bracelets ($38) in a choice of blue or pink, a brass fret pendant necklace ($175) and a brass hinged bracelet ($195). The Italian luxury brand teamed up with the now Apple-owned cult headphone brand for a line of luxurious over-ear cans, which were unveiled during the Spring/Summer 2015 menswear show in June this year.

The headphones are crafted in selleria leather and handstitched by Fendi’s artisans. An ultra-luxe black crocodile leather version was also created to celebrate the launch, but the color options include sunflower yellow, fire red, emerald green, blackboard and asphalt, all in ton sur ton design with the Fendi logo on the side and top. Okay, so this may be a contentious one for two reasons. First, Apple is not necessarily considered first and foremost a luxury brand, and there’s no official collaboration here. And second, this product was only teased this year and hasn’t hit the real world.

But Apple’s investment in fashion and luxury executives (including the former CEOs of Burberry and Yves Saint Laurent) shows its desire to be a mainstream luxury company. Also where Apple leads others follow.

Rumors about an Apple Watch have been swirling round the industry for years, now Apple is set to deliver a product, we’ll see how revolutionary this technology might prove, especially with a luxury 18-Karat ‘Apple Watch Edition’ model, looking to compete with high-end watchmakers.