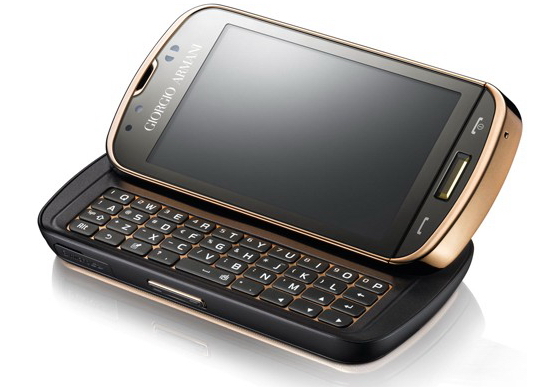 Armani have teamed up with Samsung to release another “haute couture” phone, this time it is a smartphone using the Windows Mobile operating system.

Itâ€™s one of the first phones available with the Windows Mobile 6.5 operating system, which will lead the way to a new generation of mobile applications.

The phone was released by none other than Steve Ballmer who felt, the phone was “the most fashionable phone he’s ever had a chance to talk about.”

The new phone is only known as the Samsung Armani phone as Samsung hasn’t given it a specific name.

The phone has a full keyboard which slides out from under the screen, a five megapixel camera and a gold plated bezel.

It also comes with 8GB of internal memory that can be expanded up to 32GB.

There is no word as to when the phone is expected to be released worldwide.