As the industry for UAVs grows larger and larger, so too are there more players who are interested in jumping into the game 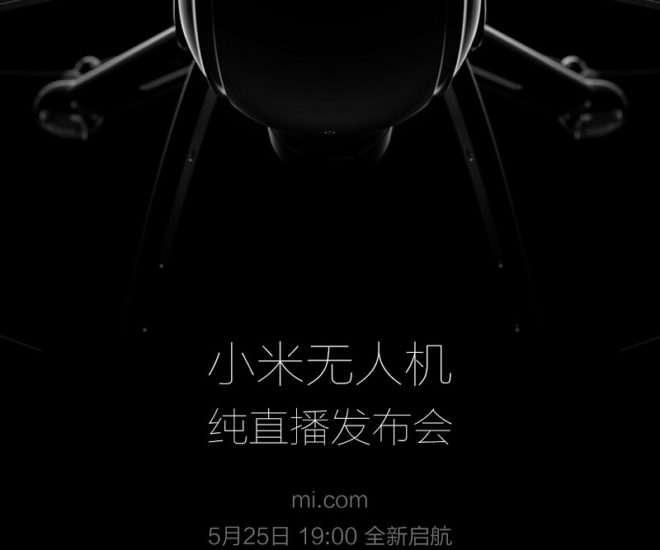 As the drone market grows larger and larger, with more and more UAV enthusiasts looking into the possibilities of the technology, so does the chance of new players moving in. At the present time, drones are both an impressive luxury toy and potentially a major disruptive force. Currently, the industry’s biggest players are probably DJI and Yuneec (both Chinese manufacturers) but the large Chinese electronics company Xiaomi will also be stepping into the fray – with a planned unveiling via live stream May 25.

Although there’s still quite a number of issues regarding UAVs, such as regulation for one, the world is warming (somewhat) to the prospect of consumer drones being used widely. A growing number of movies are using drones for aerial shots (Skyfall, for example). Beyond that, there’s a huge potential for them to be utilized in businesses, whether in delivery or agriculture etc… so it’s good to track the growth of this industry.

Yet, with any huge and potentially disruptive change to the market, and as things become more complex, things will also start to get messy. The first major drone lawsuit got underway this year between DJI and Yuneec, with DJI accusing the other party of infringing two of its patents, according to The Verge. As always, new technologies will give rise to those kinds of intellectual property problems (anyone remember Apple vs Samsung). It was also noted that the released image of Xiaomi’s drone bears a resemblance to the Yuneec Typhoon H shown at CES 2016 in January – indicating a possible partnership between the two. To reinforce their position against DJI? Who knows, for now.

Leading up to the livestream, Xiaomi forum moderator Vincent Khoo wrote an English-language tease on the company’s public discussion forum “Something wonderful and cool is flying to us very soon”. Well, that’s the part we all care about beyond the murkier political and business stuff behind the scenes. Xiaomi stands as one of the world’s largest smartphone makers, and if they can levy those resources to deliver a good product, then the market forces will probably be on their side.