3 Hoverboards Taking You Back to the Future 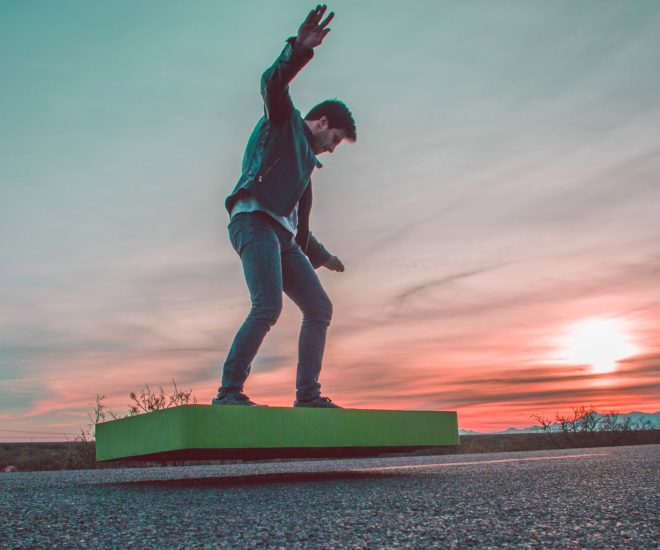 Extreme sports can be extreme luxury but the confluence is truly uncommon. This time, the AFP has actually found one such confluence by looking back at a hot topic from the recent past. It comes from the future, or rather Back To The Future, as film fans, sports fans, and inventors take inspiration from Marty McFly in an attempt to design and develop real, flying, hoverboards. Nike made self-lacing high-tops for Michael J. Fox in time for last year’s Back to the Future day but most hoverboards were just faking it, to be frank. We’ve been keeping an eye on the hoverboards from that time, which were exploding (literally in some alarming cases) on the scene for a bit, including an abortive story on the Lexus hoverboard but we digress…

Here we present the newest inventions that move one step closer to making film fantasy a reality, and making the hoverboard the next big thing in extreme (and currently extremely expensive) sports. Oh yes, none of these look the part of nice shinny racers so forget looking cool if you are on one. In fact, they don’t even look like gadgets, more like crazy prototypes… Like the Omni Hoverboard, which gained attention in 2015 after setting a Guinness World Record for the longest distance traveled by a hoverboard, the Hendo hoverboard is not yet available to buy and is still in prototype stage. However the team at Wired tested it out earlier this month, giving a better idea of what to expect from Arx Pax’s newest prototype, the Hendo Hoverboard 2.0. Unlike the OmniBoard, which is powered by fans, the Hendo’s magic lies in its use of opposing magnetic fields, which levitate the hoverboard one-inch off the ground, allowing you to move in any direction, while also promising full control.

And even though we can’t all rush out to buy one just yet, the Hendo has some impressive backing behind it – skateboarder Tony Hawk can be seen in many YouTube videos riding it, with the extreme sports star even showing off the latest sleeker and quieter design to bring fans one step closer to Marty McFly. And speaking of Marty McFly, it even has the approval of Bob Gale, who created the original hoverboard concept for the Back To The Future movies. The WFD Hoverboard by ZR®

The creation of jetski racer Franky Zapata, the WFD Hoverboard by ZR® is a hydro-powered board which allows you to move above and surf across water. Fully working and available now, it can be seen in action at Zapata Racing’s shows and competitions, and like the Hendo hoverboard, has also gained the attention of professional skateboarder Tony Hawk.

A connection to a watercraft and its turbine via a pipe powers the WFD Hoverboard by ZR®, allowing you to move up eight meters above the water and at speeds of up to 40km/h, depending on the power of the craft you are connected to, making it possibly one of the more ‘extreme sports’ options out there. Head to the website to find a distributor if you’re feeling brave enough to try it. Powered by 36 electric ducted fans, the ArcaBoard can take you in any direction across any terrain, even water, flying at speeds of up to 20km/h and as high as one foot in the air.

Promising a safe and stable ride, the ArcaBoard can be controlled and navigated using your phone, hand movements, and Bluetooth, or turn off the stabilization system and control with only your body for a more intense flying experience.

The design of the board is simple and uncomplicated, however it is heavy, and flights last a duration of three to six minutes. But unlike some of the other options in development at the moment the ArcaBoard is actually available to order, retailing at $14,900 and with deliveries expected to start as soon as April 15, 2016.