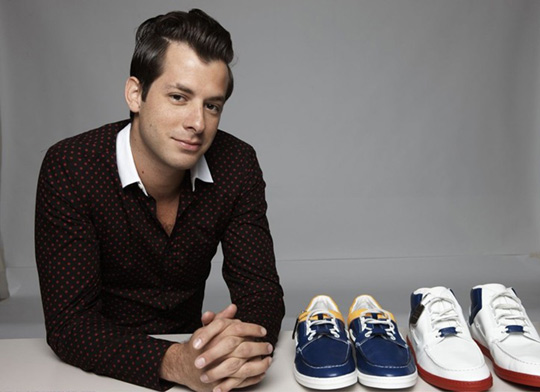 The temporary store is slated to open in six to eleven locations around the world staying open for two or three weeks in each spot.

The first Gucci Icon-Temporary store will debut at Crosby Street in New York on 23 October; other spots will include London, Berlin, Paris, Hong Kong and Tokyo.

A new Gucci Ronson sneaker will be introduced at each destination of the tour and will include 16 styles for men and two for women. “I spent many, many years as an avid sneaker collector, so I wanted to make sure these Gucci shoes were truly special, both from an aesthetic point of view and a collectable one,” Mark Ronson said in a statement.

“Frida and I also agreed it was important for there to be a unique musical element to the project, so I’m going to be collaborating with artists, making limited edition tracks for each store opening.”

The design will include classic Gucci design signatures, such as the GG logo or a stylised version of the iconic Gucci red and green web detail.

Each will feature silver or gold metal dog tags as well as an embroidered Limited Edition label inscribed inside the shoe.

In a bespoke flourish, customers’ initials can be embossed onto a customised leather tag on the shoe laces.

The shoes will come with a custom 12-inch vinyl record with exclusive tracks produced by Mark. Each pair will be priced from $500 to $600.