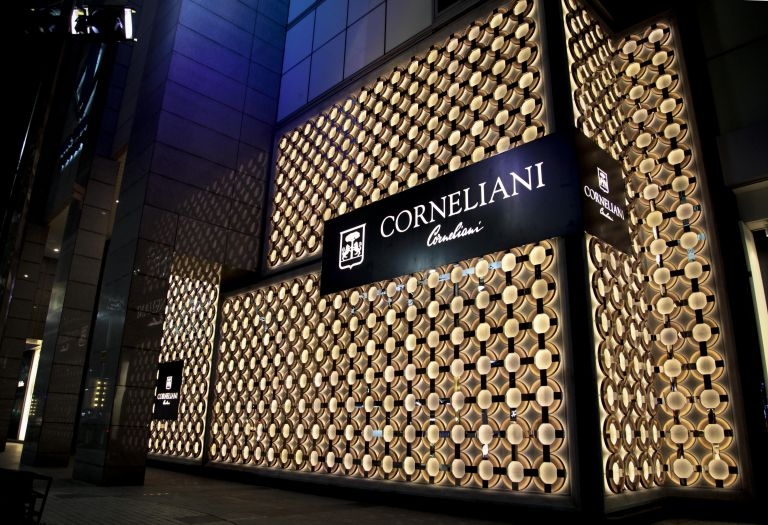 Italian menswear brand Corneliani has opened a prestigious new flagship store in Shanghai’s Citic Square, the exclusive shopping center on one of China’s most famous commercial and luxury-oriented streets, the West Nanjing Road.

Corneliani has unveiled a striking façade for the new flagship store, the opening of which brings the brand’s presence in the China to 40 units.

The boutique features the brand’s full lines, from Corneliani ID leisurewear to the made-to-measure tailoring service, and will be aiming to attract plenty of the city’s luxury-loving gentlemen after opening earlier this month.

Designed by architects Daniela Podda and Paolo Ponti, the three-level boutique’s exterior is covered with interlinking bronze rings, repeated in wood in the interior facades of the store.

The motif was apparently chosen as an echo of architectural details at St. George’s Castle in Mantua (Corneliani’s home city) as well as for its traditional symbolic power in Chinese iconography.

Corneliani has been present in Shanghai since 2008, but this is the brand’s largest store to date and is indicative of a strong focus on Asian growth of the label.

Since their expansion to New York City in 1985 the company has opened flagships in London, Paris, Moscow, New Delhi, Seoul, Tokyo and Mexico City.