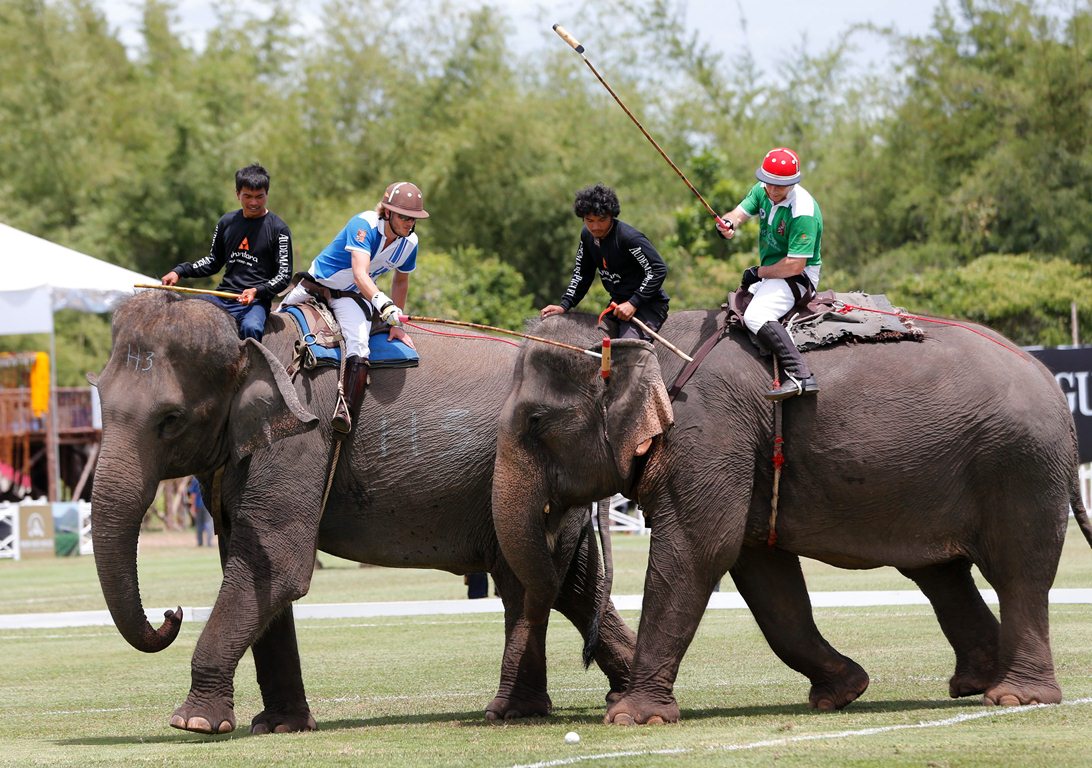 The 2012 season of The King’s Cup Elephant Polo tournament kicked off on 12 September in Hua Hin, Thailand. Currently into its 11th year, this year’s tournament saw 12 teams from all over the world competing for the coveted trophy. Sunday’s final saw the King Power triumph over defending champions Audemars Piguet, in an action packed game resulting in a 13-9 win for the Thailand team.

The rules of elephant polo are similar to that of horse polo. In elephant polo however, the animals carry a player and a mahout, or an elephant trainer. Women are allowed to use both of their hands to swing the mallet and each team has three players. The elephants chosen in the King’s Cup tournament all must be young, preferably under 20 and are limited to a max of two games totaling less than 30 minutes a day. They also have at least 90 minutes in the forest, the river or feeding daily.

This year’s 42 elephants were treated to a buffet of fruits during the opening and closing ceremony in addition to the vitamin supplements and full veterinary checks and care they received during the duration of the event.