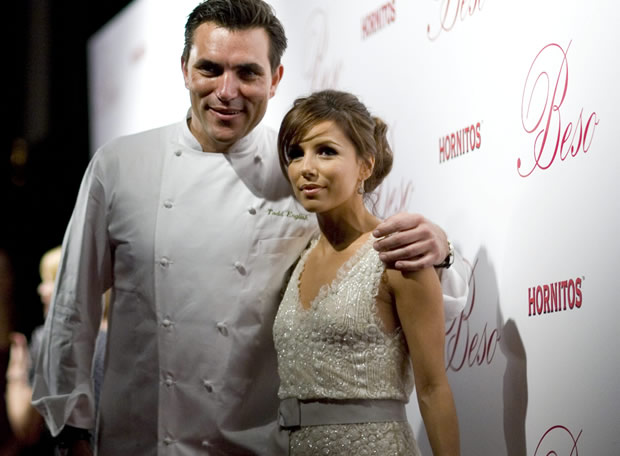 Beso Vegas will officially open its doors on New Year’s Eve 2010 with an exclusive event hosted by Longoria Parker.

Headed by celebrity chef Todd English the two-story restaurant will have items tailored to Vegas but also signature dishes, including tortilla soup, paella, and guacamole.

The exact venue is still under construction and, like its Hollywood counterpart, upstairs will be a lounge called Eve.

Even with two restaurants, Longoria Parker has no plans to stop expanding She’ll be opening “Besitos, which are little besos,” in airports, which will feature a limited menu.

“We just signed the contract for the first airport and it’s in L.A.,” she says, “so we’re really excited!”