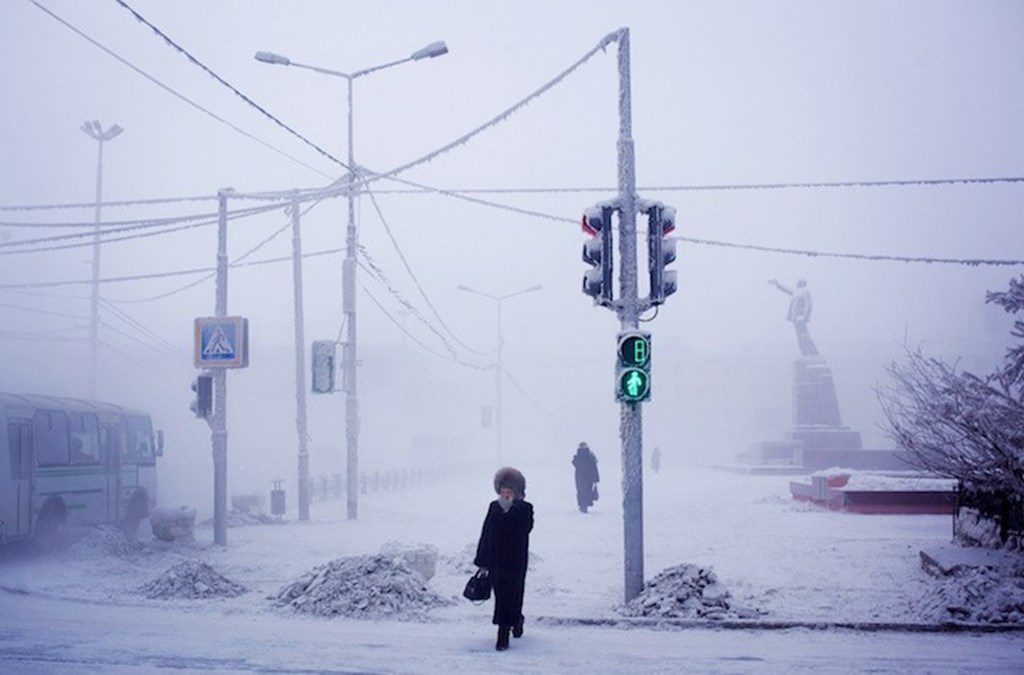 The village of Oymyakon, located in Siberia, is considered to be the coldest inhabited place on Earth. During winter, its average temperature is -50 degrees, and can drop as low as -60 degrees. In fact, the lowest temperature recorded in this region was -67.7 degrees in February 1933. It is hard to imagine living in an area so cold that people risk frostbite after only a few minutes outside. Determined to investigate this seemingly uninhabitable inhabited village, New Zealand-based photographer Amos Chapple embarked on a two-day journey from Yakutsk, the coldest major city in the word, to Oymyakon to capture this series of fascinating photographs.

“In Oymyakon, villagers rely on a diet of primarily meat, since crops and fresh produce cannot survive the brutal temperatures. The frozen ground makes it difficult to maintain indoor plumbing, so most toilets are outhouses. Cars must be kept running while outside, or else stored in heated garages. Very few people linger outside, instead rushing inside for warmth and light, so the landscape outdoors often appears lonely and desolate.”

Chapple recalls how it was like to brace the cold in Oymyakon. “I remember feeling like the cold was physically gripping my legs, the other surprise was that occasionally my saliva would freeze into needles that would prick my lips.” It was apparently so cold that sometimes his lens would freeze, making focusing the lens as challenging as “opening a pickle jar”.