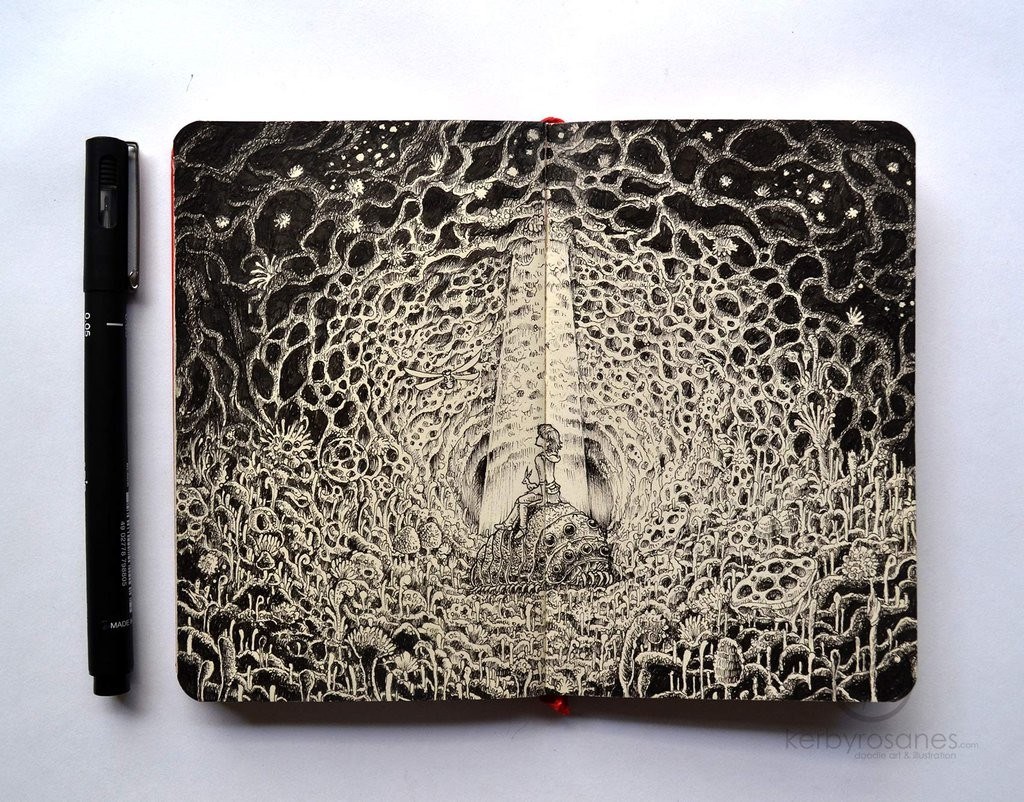 Growing up, artist Kerby Rosanes could not afford to take art classes. Thus, he had to learn drawing entirely on his own. Rosanes started his career doodling in Moleskine notebooks, and gained international recognition after sharing his epic illustrations online. Each unique illustration is a reflection of the artist’s wild imagination. They consist of images of cartoony characters that combine faces of animals and pop culture characters. Each illustration is extremely detailed and intricate, creating an entire landscape within a single animal or object. An interesting drawing of his is one that depicts a large hand being composed of many different smaller arms condensed together. After sharing his work online, Rosanes received a lot of media attention and companies started taking notice of his talents. At the age of 23, this Philippines-based artist has already created illustrations and designs for large companies such as Nike, Mazda and Ford. On Facebook alone he’s “liked” by over 1 million fans and on Instagram he’s got more than 73,000 followers. Using just ordinary black pens and blank paper, this young self-taught illustrator’s sketches captivate and inspire.