The Institute of Contemporary Arts (ICA) will move to a new home before next year’s edition of Art Basel in Miami. 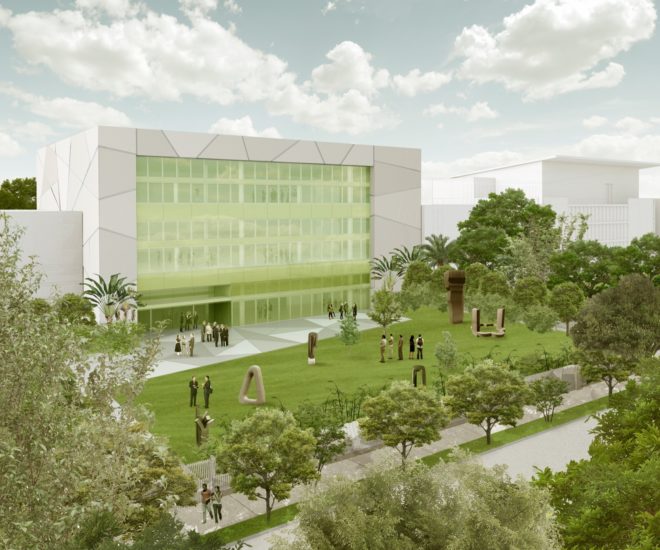 Miami’s Institute of Contemporary Art (ICA) announced that its new building will open on December 1, 2017, just in time for the 2017 edition of Art Basel Miami. The timing of the announcement, just ahead of the 2016 edition of Art Basel, is a nice touch.

The new ICA Miami is designed by architects from Spanish firm Aranguren + Gallegos Arquitectos. It will occupy a space of 37,500 square feet at Miami’s Design District. The new structure offers twice as much exhibition space as the current museum, while adding a new sculpture garden.

On the south side, there will be a facade of interlocking triangles and lighted panels. A wall of windows will be installed on the northern side, allowing light into the galleries and views of the sculpture garden and cityscape for those who are inside the building.

The ground floor will have six galleries for both long-term and rotating exhibitions. It will also house the museum’s permanent collection, as well as a space for emerging, under-recognised artists. The second and third galleries will act as a space for special exhibitions. As for the sculpture garden, it will be a showcase of major sculptural works by post-war and contemporary artists.

The new museum will open with an exhibition entitled “The Everywhere Studio,” exploring the significance of the artist’s studio through 100 works of painting, sculpture, video and installation.

More than 50 artists from the past five decades, including Bruce Nauman, Carolee Schneemann, Dieter Roth, Andy Warhol and Martin Kippenberger, will be represented in what ICA Miami is calling its most ambitious and broad-ranging survey to date.

“The Everywhere Studio” will occupy the building’s second-and third-floor galleries; on the ground floor and in the sculpture garden, installations of contemporary and post-war work will include art from the museum’s collection as well as newly commissioned sculptures by international artists.

The exhibition will remain on view through February 2018.

With its opening on December 1, 2017, ICA Miami will welcome the public just ahead of the start of Art Basel Miami Beach, which takes place in early December.