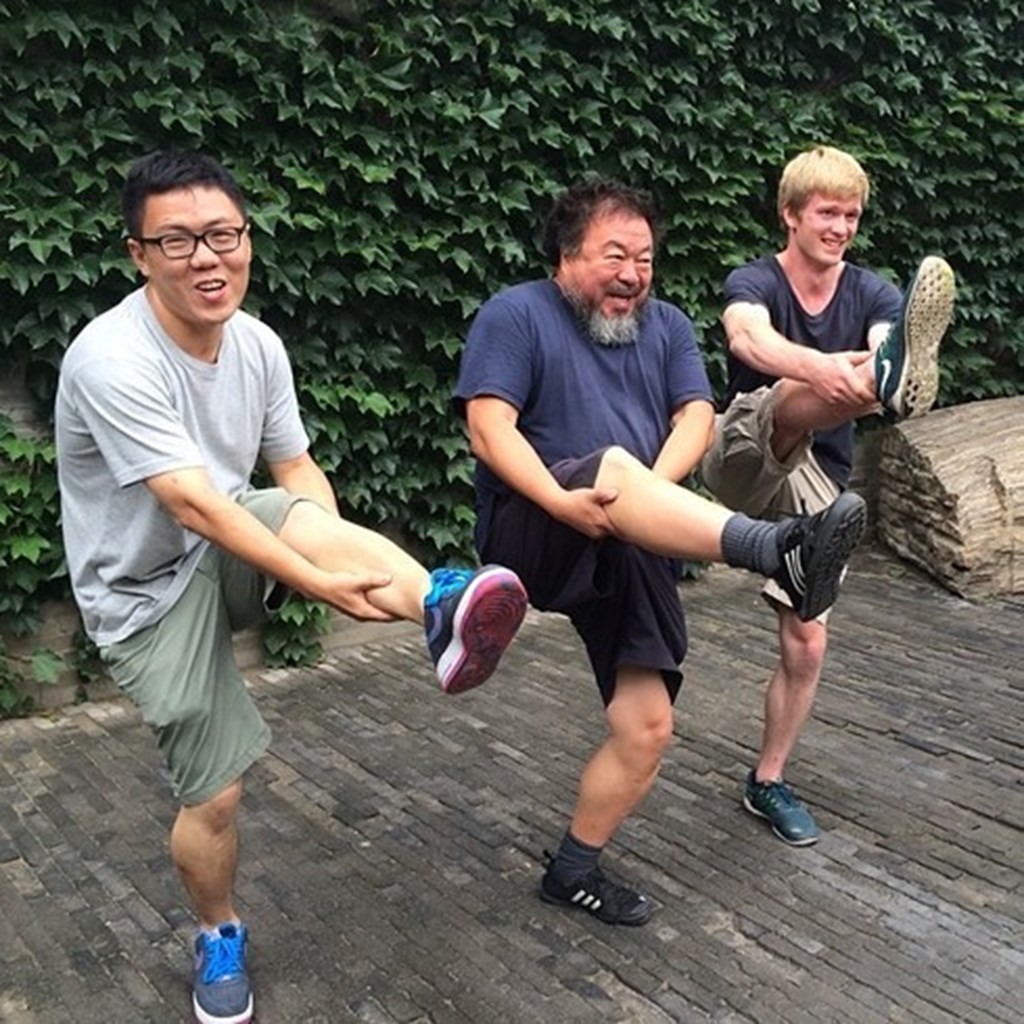 Ai Wei Wei is no stranger to controversy. The dissident Chinese artist is known for his political activism, particularly against the Chinese government. Ai gained international fame in 2011 after his arrest following his attempt to reveal corruption within the government with regards to the Sichuan earthquake in 2008. Ai’s openly critical stance along with the amount of support he has received not just from the art world, but also on social media, for his activism led the Smithsonian to ask ‘Is Ai Wei Wei China’s Most Dangerous Man?’

Ai is in the news again for something, which compared to his other politically driven works, may initially seem quite simplistic, but is no less a testament to the force that is Ai’s influence on social media. He posted a picture of himself on Instagram holding his leg up as though aiming a rifle wearing nothing but a straw hat and boxers. The photo went on to have thousands of likes on his official profile and began the craze that is the ‘leg gun’ meme. Instagram users all over the world began to replicate Ai’s pose along with the hashtag #leggun. Yet, as with all of Ai’s works, something as simple as the leg gun pose has political undercurrents. In an interview with AP, Ai stated that the photo is a statement on anti-terror campaigns that have popped up with the ubiquity of globabl terrorism. “Power is being used in the name of protecting you,” Ai said. “But what they are actually doing is something which deserves a lot of discussion. And what is terrorism doing to you? It is hurting lives? Or is it putting a huge burden on everybody?”

“The Internet is flowing. You come up with something basic, and everybody will find it easy to express themselves based on that,” he said. True enough, even before Ai made any statements with regards to the symbolic meaning of his pose, people had begun to attach their own political agendas. While some posed jokingly with friends on sidewalks and in schools, others accompanied their #leggun photos with captions about gun violence (a prevalent issue considering the slew of mass shootings that have sadly taken place on almost a monthly basis in the United States) or pleas for peace. The leg gun craze ushers us into a new era of political activism. It is a testament to the incredible power of the internet and social media to rally people for a common cause.