LE BOOK – the international reference for the creative industry – announces the release of its New York 2009 edition, art by fashion â€œpunk glamor god and design icon Stephen Sprouse (1953-2004). In what seems to be the â€œYear of Sprouseâ€, the publication celebrates his life with a three-volume reference featuring rare snapshots and sketches […] 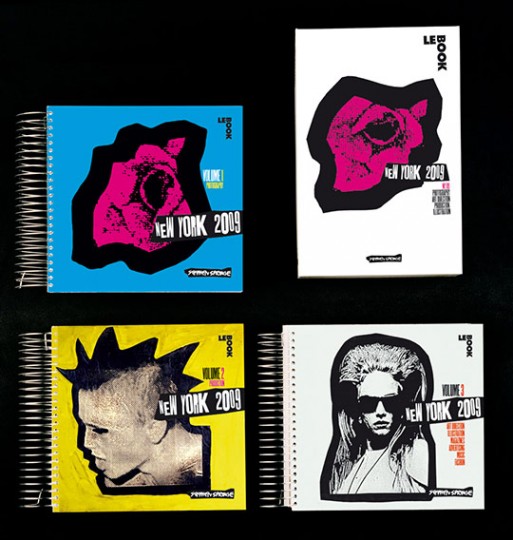 In what seems to be the â€œYear of Sprouseâ€, the publication celebrates his life with a three-volume reference featuring rare snapshots and sketches while showcasing the designerâ€™s work including album covers, sets and multi-media installations while dressing the likes of Madonna, Courtney Love, and Mick Jagger.

Stephen Sprouse personified the downtown club scene in NYC in the 80’s as well as clothing another fashion icon, Vogue’s Polly Mellon. Sprouse was close friends with his muse Debbie Harry and Andy Warhol. He is best known for popularizing Day-Glo fabrics, embossing pop-culture icons onto clothing and everyone has seen his hand painted graffi work on the infamous Louis Vuitton graffiti bag.

Le Book has defined itself as the go-to-resource for the global creative community for the past 25 years.

The 2009 New York edition of Le Book will be made available to the public in mid-March at select retail locations.