Azimut’s Cannes premieres will include the Alberto Mancini-designed Grande S10, the new flagship of the leading Italian builder’s range of sports yachts.

Azimut will stage the world premiere of its Grande S10, its new S Collection flagship designed in collaboration with Italian Alberto Mancini, at this year’s Cannes Yachting Festival from September 10-15. 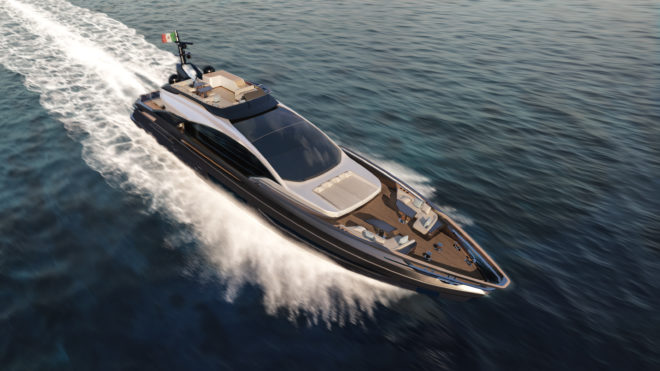 The Grande S10 will be the flagship of Azimut’s new range of sports yachts, pioneered by the S6 and S7

The S10 marks the first time Mancini has worked with the Avigliana-based shipyard, while Francesco Guida is responsible for the interior of a yacht that has sports features but also has a flybridge and onboard spaces typical of a big motoryacht.

Mancini habitually draws inspiration from the aerospace and automotive worlds due to his training as a car designer, and Azimut has described the yacht as having ‘the elegance of a megasailer, the architecture of a modern villa on the sea and the sporty personality of automotive design’. 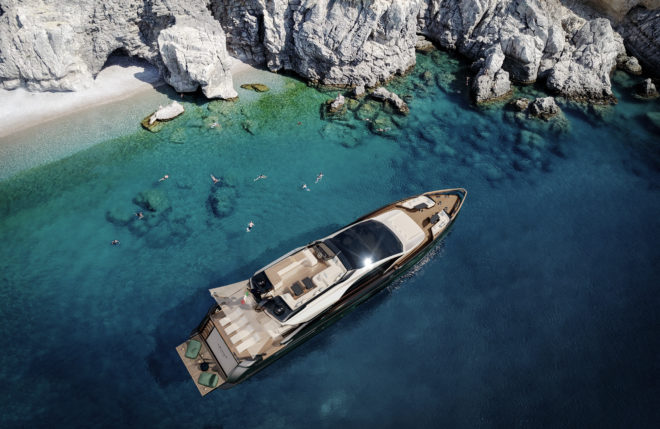 Azimut’s design philosophy behind the S10 is tied to the concept of total onboard liveability, based on those three fundamental images. The first image is that of a big, classically-styled megasailer, on which the slightly lowered cockpit midships represents the fulcrum of social interaction, a refuge for relaxing and sheltering from the sun.

The second image is that of a modern villa on the sea with multi- level terraces leading gradually down to the water. This design has been applied to the Grande S10, on which a flush deck left completely free represents offers a raised vantage point over the sea. It’s also a space the owner can furnish and use as they best see fit, such as with sun loungers, which can then be removed when the sun goes down to create space for an evening party. Other options include a fitted jacuzzi area or an elegant lounge.

The aft terrace is a central element. The stern railing is a glazed surface designed to be almost invisible, establishing discreet contact between two settings on different levels. Access to the full-beam beach club at water level is down hidden steps, in an innovative solution that leaves the transom with even cleaner lines. 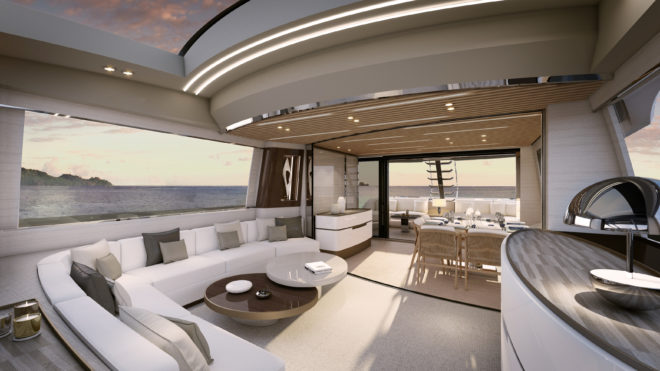 The yacht’s sporty feel is expressed by the shapes used and the choice of materials, while car design is Azimut’s third source of stylistic inspiration. The aerodynamic shapes are also enriched by the lighting design, in which hidden light sources add mood to each setting.

The central stairway that leads up to the flybridge is a notable design feature, a central backbone that highlights the symmetry of the cockpit. Finally, the superstructure is designed with clean cuts and contrasting colours, and to accommodate a generously-sized flybridge.