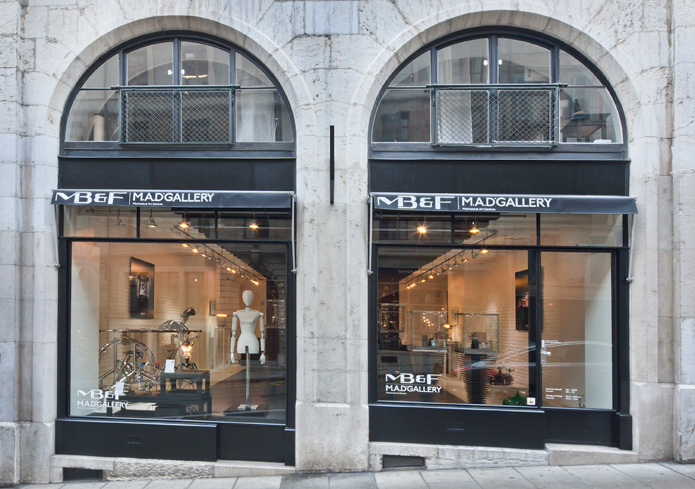 MB&F’s M.A.D.Gallery is now open in Geneva on Rue Verdaine, a stone’s throw from their offices and atelier in the heart of the city’s old town. MB&F created the Gallery in order to situate their “Machines” in an appropriate context and along the way they have discovered kindred spirits in the world of kinetic art. […] 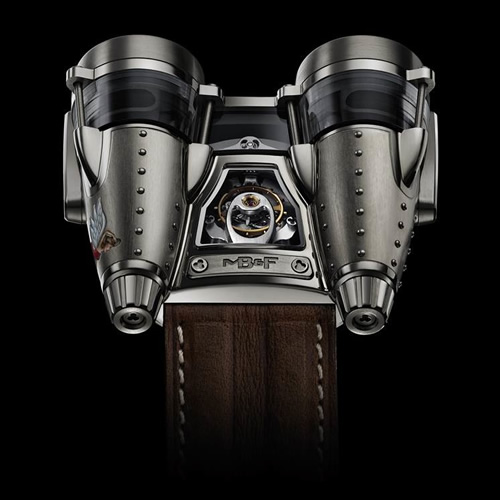 Two new limited editions based on the MB&F Horological Machine No. 4 Thunderbolt are released today. Meet Razzle Dazzle and Double Trouble! Inspired by the nose art of WWII aircraft, the figures are painted by Isabelle Villa and covered with clear protective lacquer to prevent damage. In addition to the hand painted images, the pair […] Part of MB&F’s HM3 (Horological Machine No. 3) design, the watch was done in partnership/kinship with Laurent Picciotto (Chronopassion, Paris). The HM3 ReBel is a limited edition of 18 pieces in black PVD-treated white gold, blackened movement and 22K gold rotor. That’s “ReBel” as in R for right (hand), B for Black (case). According to […] 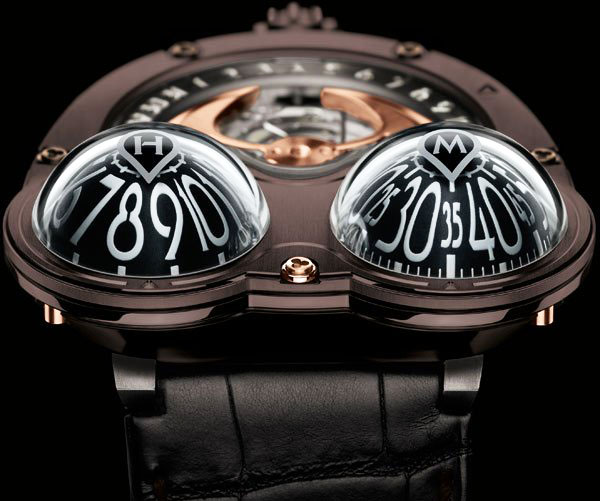 First launched in 2008, Horological Machine No2 revolutionized the world of haute horlogerie with its distinctive rectangular shape, flying buttresses, dual portholes and modular construction. The crystal-clear sapphire case of HM2-SV then took the revolution even further by offering unprecedented visual access into the meticulously hand-finished, 349-component engine powering the indications on HM2’s iconic twin […] 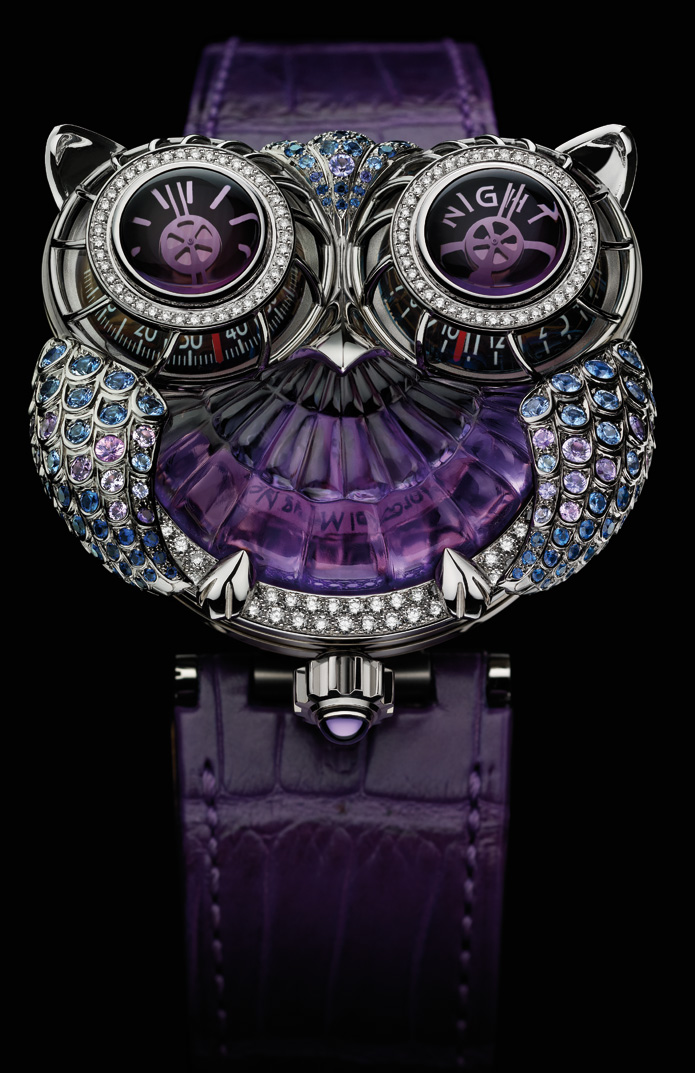