Ulysse Nardin’s latest technical innovation is christened “Stranger” and it is the world’s first wristwatch containing a music box function. 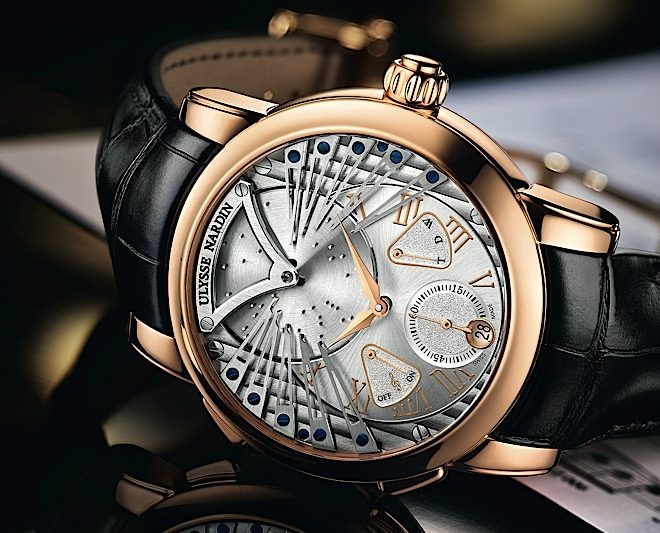 Swiss watchmaker Ulysse Nardin has released the “Stranger”, a timepiece which emulates a classical music box and plays Frank Sinatra’s “Strangers in the Night” either on the hour or on call.

This innovative timekeeper was done in collaboration with musician Dieter Meier. The Ulysse Nardin Stranger is a limited edition of 99 pieces.

It has a music mechanism that is conceptually similar to a wind-up music box, except here the music box mechanism is a rotating disc with 10 blades. Basically, the disc “pings” the fingers to create music.

The on/off pusher which enables the musical mechanism to be activated or deactivated is located at 10 o’clock. The melody can be programmed to play on the hour or not at all. To set the time, the crown function is activated by a pusher instead of pulling the crown out in the traditional way.

The case back of the watch features a medallion, while a black leather strap with a folding buckle keeps the watch secure to the wrist and completes the feeling of elegance.