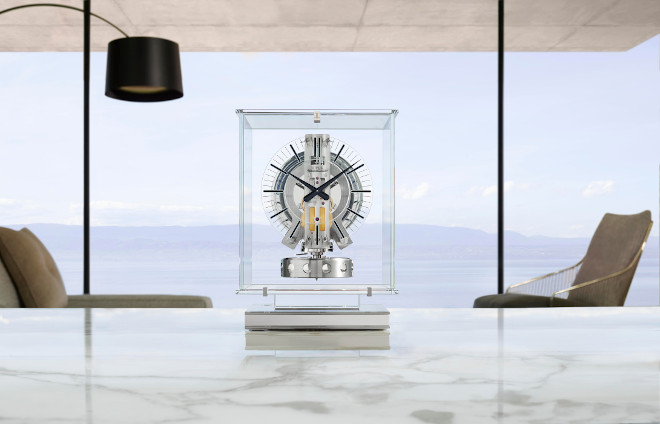 Invented by engineer Jean-Léon Reutter in 1928 and brought to market by the Grande Maison  in the 1930s, the Jaeger-LeCoultre Atmos clock is as close as one can technically (and literally) get to a perpetual motion machine – a hypothetical that can do work indefinitely without an energy source. We state this odd little tidbit because inarguably, a contraption of this nature is scientifically impossible, as it would violate the first or second law of thermodynamics; but also, we wish to underscore the ingenuity of the Grande Maison in recognising the greatness of the Jaeger-LeCoultre Atmos clock and its potential as an emblem of peerless know-how of the watchmaker’s watchmaker.

Beating the legendary Leonardo da Vinci to the punch in a manner of speaking, Neuchâtel engineer Jean-Léon Reutter created a “perpetual motion machine” of sorts, using a quirk of changing environmental conditions: The Jaeger-LeCoultre Atmos Transparente, like its forebears, is an atmospherically driven clock created with internal mechanisms powered by the energy released from materials resulting thermal expansion and contraction. 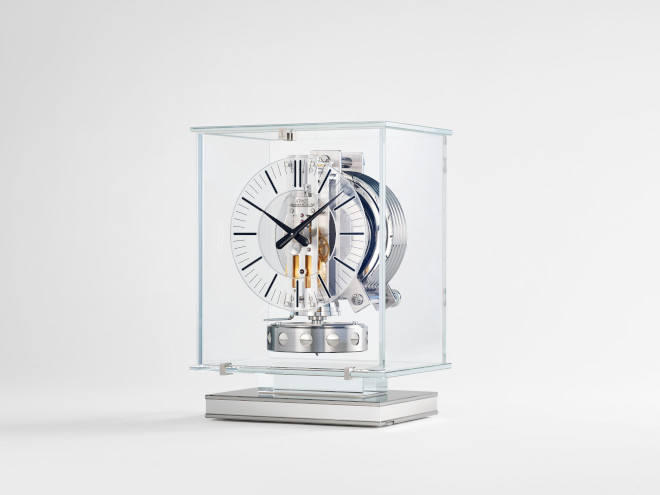 Ensconced  within crystal clear cabinet of anti-reflective glass, the Atmos Transparente clock hides an open secret: just a single degree of variation in the room temperature, and the Atmos clock captures enough power to run for two entire days. Behind a dial embellished in Art Deco-style, metallic membrane filled with ethylene chloride gas expands and contracts as ambient temperature changes: during expansion, the gas compresses a winding spring while  contraction causes the spring to relax and the repeated fluctuations wind the mainspring.

Horological Feats of the Jaeger-LeCoultre Atmos

Consider this, the process is so efficient that a mere degree of temperature variation provides enough energy for 48 hours. Additionally this feat of haute horlogerie is made possible with high efficiency, low friction engineering ensuring smooth winding and optimum energy transfer through the gears train with infinitesimal energy loss within a self contained environment. Virtually operating without any wear, the slow-moving balance of the Calibre 563 makes just one turn each minute, driving the hands of the Jaeger-LeCoultre Atmos Transparente. 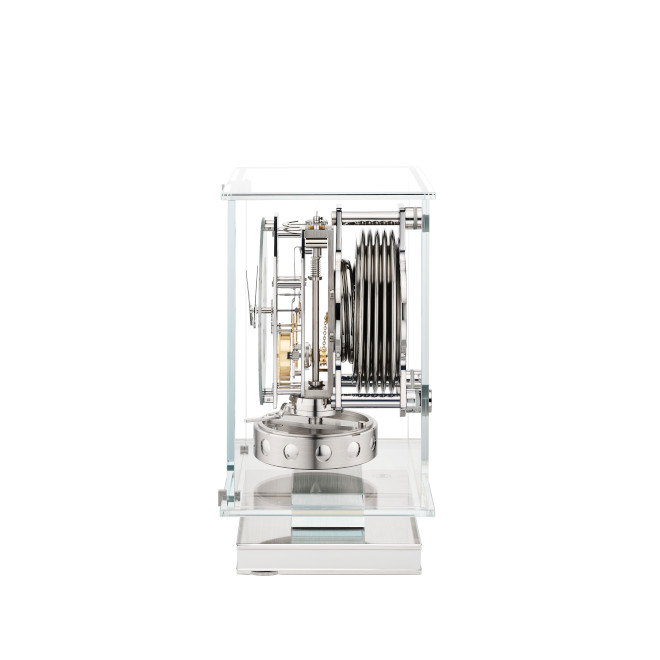 Jaeger-LeCoultre has been making Atmos clocks since the 1930s in virtually hundreds of different designs with countless dial aesthetics and case treatments, most memorably, the recent endeavour with Marc Newson. The latest Jaeger-LeCoultre Atmos Transparente clock follows in the same vein as the famed industrial designer with its pared back approach, featuring a new glass dial that sets off its twelve hour-markers particularly well with minimalist, almost dauphine-like hands, forming harmonious contrast to the rounded fullness of the dial. Theoretically, a perfectly sealed Jaeger-LeCoultre Atmos can essentially run “indefinitely” but the Grande Maison recommends 10-15 year service intervals. 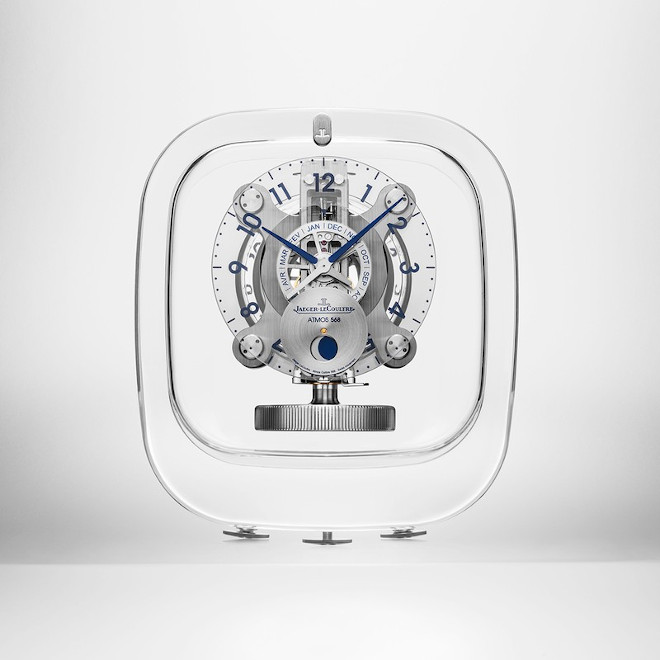