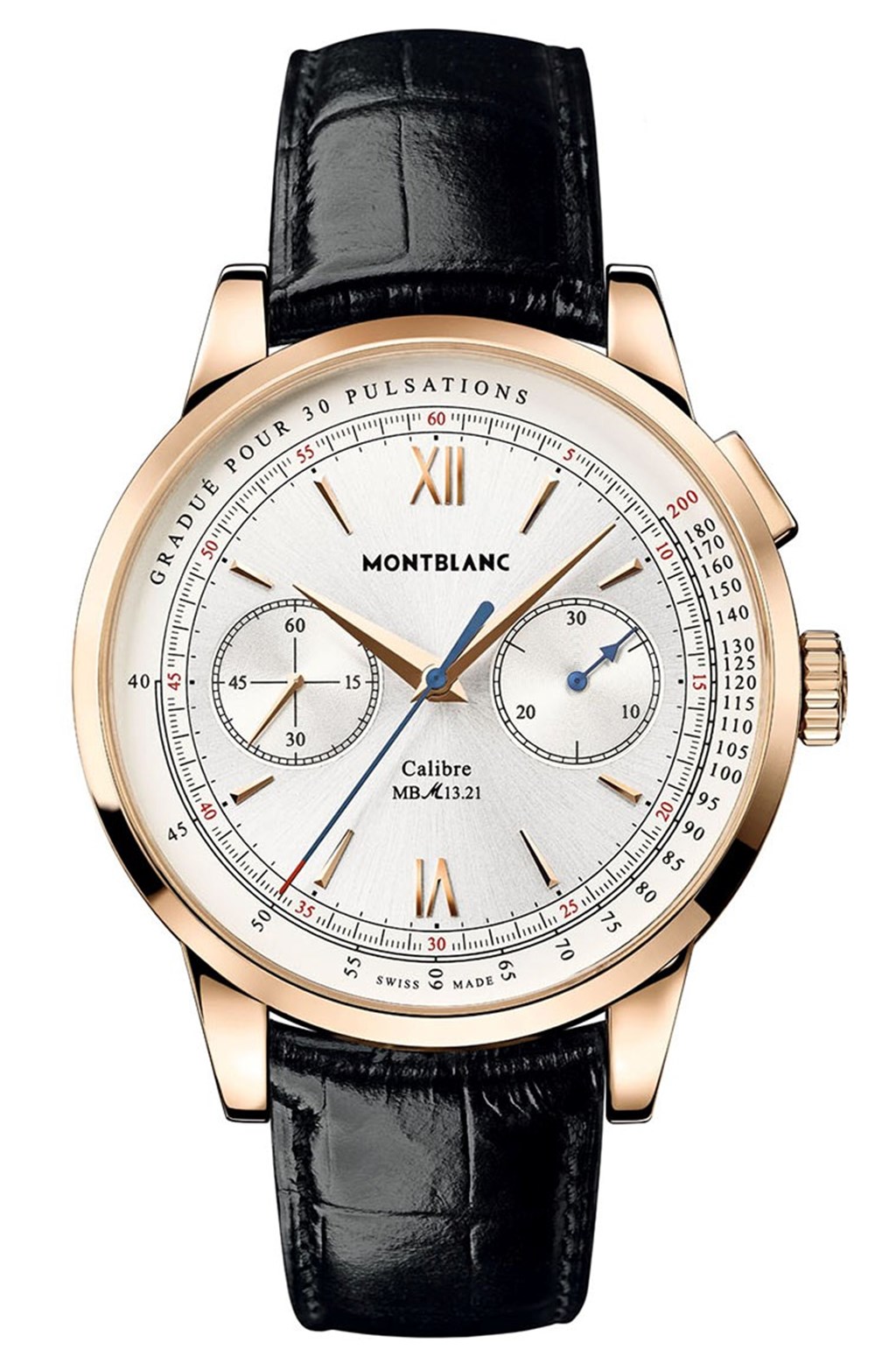 Till last year, only the Villeret 1858 collection had Minerva movements. This year, with the introduction of the Meisterstück Heritage Pulsograph, watch aficionados can finally acquire a new Montblanc timepiece powered by an exceptional Minerva movement identified uniquely by arrow-shaped bridges.

A pulsograph is a device that allows one to read pulse rate per minute without having to count the full 60 seconds. Simply start the chronograph to time the duration of 30 pulse beats, then stop it and check the chronograph hand against the railroad-style track around the circumference of the dial that’s the pulsometer. Not a doctor? Well it’s still a cool way to pick up girls at parties – plus you’ll be able to tell, factually, which one actually has the hots for you. Calibre MB M13.21 is one of the most classical, traditional chronograph movements still in production today. It is constructed with the column-wheel and horizontal gear coupling system, and being a monopusher chronograph, starting, stopping and resetting only involves one button (two o’clock). Naturally, this also means that the chronograph cannot be started, stopped and started again without being reset first. Turn it over and the following will come into view: levers and springs polished on their flat surfaces, satin-finished on their sides and manually bevelled on their edges. All other components of the movement have also been luxuriously finished. Plates and bridges were fabricated from rhodium-plated nickel silver and bevelled by hand. Those bevelled surfaces were subsequently polished by hand to create a striking visual effect. Add to that the classical Geneva waves, the V-shaped chronograph bridge and also sharp internal angles – proof of traditional handcraftsmanship.

Made in 41mm 18K rose gold, a Montblanc-cut diamond set into the case provides a final touch of luxury. This timepiece retails for €27,000 (approximately S$48,600) and is limited to only 90 pieces in honour of the 90th anniversary of the legendary Meisterstück.