Kristen Stewart has appeared in the Dallas-themed shoot for Chanel, showing off the brand’s latest Métiers d’Art collection. 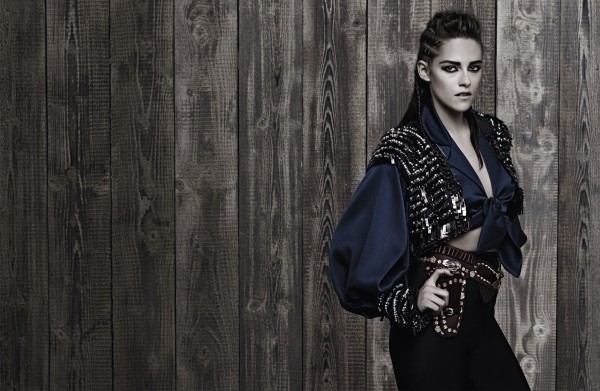 Kristen Stewart is the latest Hollywood celebrity to star in a campaign for the legendary French luxury house.

Kristen Stewart has appeared in the Dallas-themed shoot for Chanel, showing off the brand’s latest Métiers d’Art collection which got its runway reveal late last year in Texas. The collaboration was first announced back in December last year, just after the show on December 10 at Dallas Fair Park.

Stewart appears in the images, which were photographed by Chanel creative director Karl Lagerfeld, wearing the cowgirl-themed collection and rocking braids on the side of her head. The 24-year-old actress is following in the footsteps of Tilda Swinton, who was revealed as the face of the collection this time last year. Something of a fashion favorite, Kristen has previously been the face of Balenciaga’s Florabotanica fragrance.