A closer look at Maurice Lacroix’s 2019 novelties through the words of Stéphane Waser, Managing Director of the brand 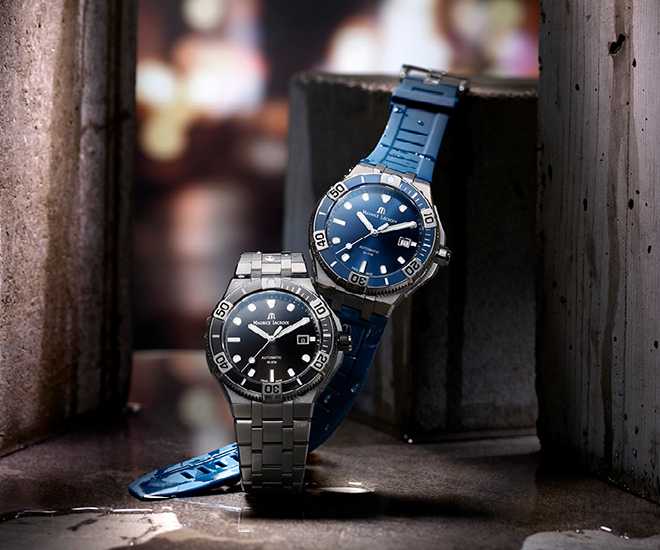 In 2016, Maurice Lacroix introduced the first AIKON collection as a remodelling of its iconic Calypso. The initial Quartz model has now expanded into a full-fledged AIKON line-up incorporating automatics, chronographs and skeletons. This year, the AIKON collection takes on a tougher new shape: the AIKON Venturer, a diving watch that is certainly a logical addition to the AIKON family.

In an interview with Managing Director of Maurice Lacroix, Stéphane Waser, World of Watches (WOW) gains insight into the latest AIKON collection and the future of the brand.

Portent of a New AIKON 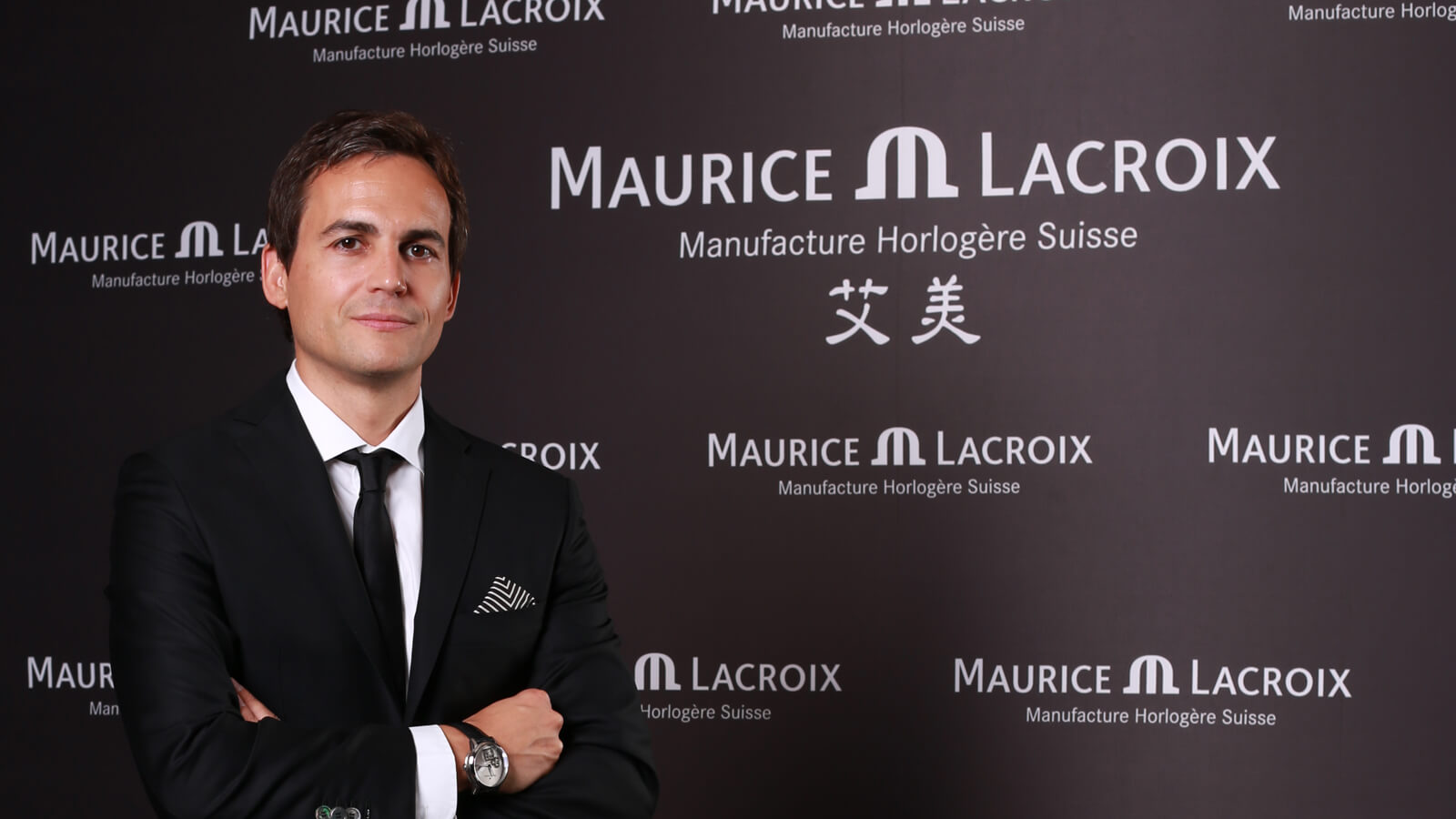 What are some of the key characteristics of this new range of novelties?

They are all based on the AIKON design. AIKON is the descendant of the Calypso, a model from the 90s which was very successful. The mission we had was to revamp the collection because of its success. The reason behind the success was because of its quality, high perceived value and affordability. Also, the design establishes itself. In the year 2010 or 2011, we have a few images for the brand and it was a bit confusing. And so with the AIKON, we managed to create a very appreciated design in the hearts and the mind of everybody and it was a fantastic development base.

The elements we kept from the Calypso was the six-arm bezel, the flat construction of the case, flat sapphire crystal and of course the M logo. In our 2019 novelties, we have our Quartz Calypso, the Automatic Calypso and the Skeleton that were redesigned. What the redesign has brought is a reconnection with our customer base – in terms of pricing and most importantly in terms of brand spirit. It is something that is fresher and much more modern. We are a contemporary brand so I think it’s important that we revive our (existing) collections to show a fresher take of the brand.

Other than the new variations of existing models, Maurice Lacroix has also launched the new AIKON Venturer and Mercury. Tell me about those.

The Venturer is derived from the Calypso Diver. For us, the Venturer was a logical extension of the AIKON range because AIKON is a very sporty and elegant kind of design, and I would say that this (the Venturer) is like a grand stretch from the collection.

It does look a lot more sporty compared to the other models.

Yes, we call it Venturer. It comes from the word “adventure”, it’s for risk-taking people and it’s made for the urban jungle. It comes in a black and a blue dial, black and steel bracelet, as well as a blue rubber strap.

What about the Mercury?

We are known for interesting watch functions or complications. We’ve figured out, in the past, the square wheel, the mysterious seconds and gravity; This is how we have developed and how we want to show our competence in watch craftsmanship. So for Mercury, the idea was to create a watch that suspends time amidst everybody’s hectic schedule. The interesting thing about the Mercury is that when you turn it back (to face the wearer), it tells you the time. So it has got like a memory function of time. And at the same time, it is also very Maurice Lacroix because it’s actually a Double Retrograde of 360 degrees. So as you can see, the hour and minute hands will never go through 12 o’clock. 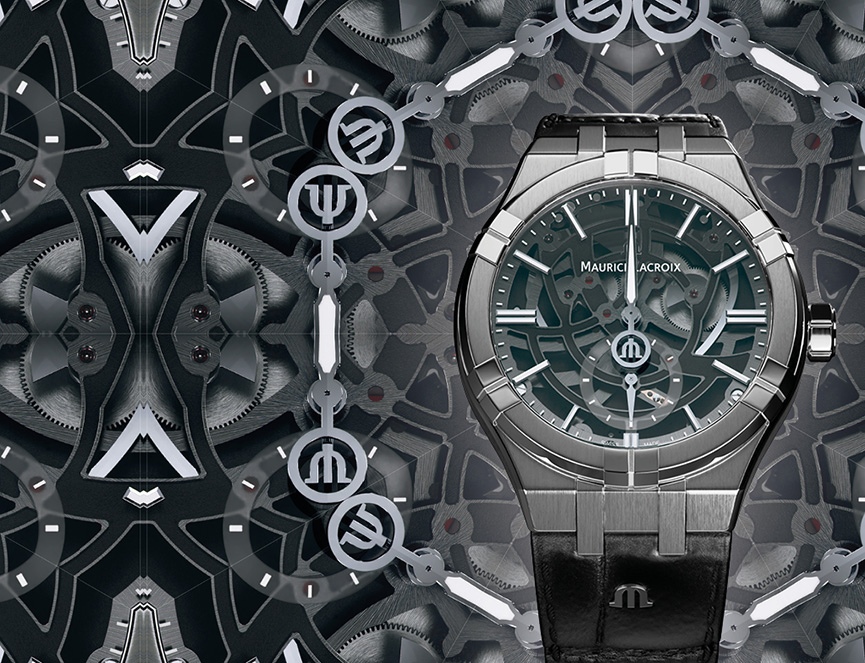 When we first launched the AIKON, we already saw that it has a lot of potentials. Also, from the Calypso, we know that it works in different areas with different complexity. So we knew that the design is strong, there is no reason why it wouldn’t work again. The only issue from before was that we didn’t have a clear strategy nor consistency in terms of brand message. Some brands are recognised for their Quartz watches, some are recognised for their mechanical watches, some are traditional and others are modern. So we took this chance to reset and reposition the whole brand. First, we rejuvenate it. Second, we converge all the markets towards one type of positioning.

That was why we deliberately launch the Quartz because I know that it wasn’t popular in some markets but it helps to create sales and turnover (in terms of the number of watches sold). And from there, this sort of accelerated. When we launch the automatic version two years later, AIKON was already a terminology to get customers. They already knew the design, the quality and the price point. So it became a fantastic platform to launch the automatic and so on – such as the Venturer this year. In terms of the Mercury; If it was two or three years earlier, we would have launched the complication of the Mercury masterpiece. But since we are now in the logic of consistency and rejuvenation of our brand, we made it a choice to put it in an AIKON case. 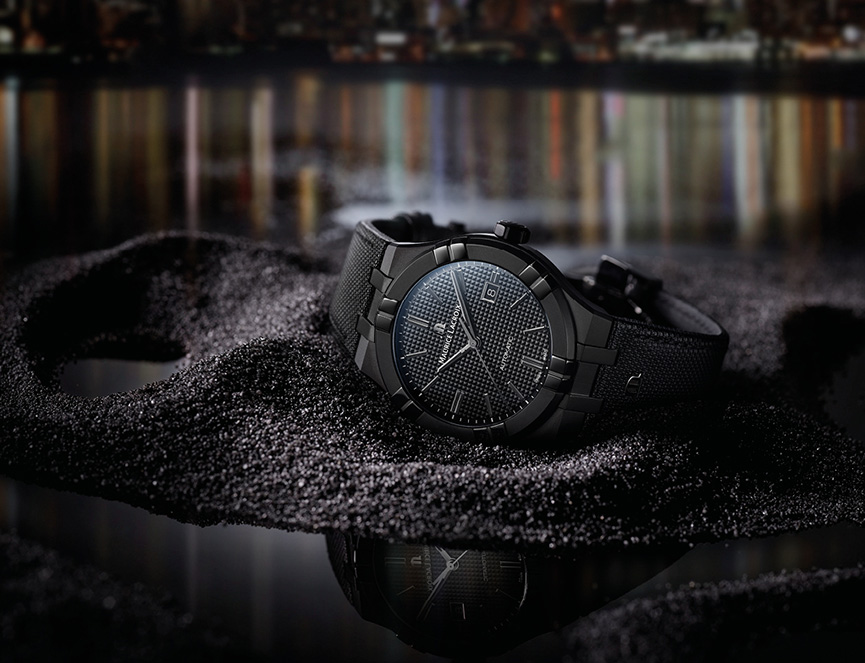 What does “Your Time is Now” mean to you?

It’s a lot about what’s happening with the brand (the identity). We see that people are picking it up. It is really based on our customers and we work with a lot of millennials. The millennials are very connected and they lead very active lifestyles. So “Your Time is Now” is also like a reminder to take the time to reward themselves. There are many different ways one can reward themselves – to mark a milestone, but a very nice way is to buy a watch (Laughs).

What is the idea behind the “Your Time is Now” webseries?

It is an extension of our slogan. What we see trending at the moment is watching Netflix so we really like that spirit in creating a series. Ten years ago, we used to do similar television commercials, now it’s over and people are all about webseries. You will see one about the Venturer tonight and we will continue to use it and make it a part of our brand.

Having taken over the brand for five years now, what would you say is your favourite thing about Maurice Lacroix?

To have the freedom to discover the brand and the freedom to, for example, come over to Malaysia (Laughs), and to constantly present improvements to our customers.