The Parrot Repeater Pocket Watch is a one of a kind million dollar marvel created to mark the Jaquet Droz 280th anniversary.

To celebrate its 280th anniversary, Swiss watchmaker Jaquet Droz combined all of its artisanal and mechanical prowess to introduce the Parrot Repeater Pocket Watch – a one-of-a-kind masterpiece accented with five animations on the dial and the entire spectrum of Jaquet Droz craftsmanship, three years in the making. 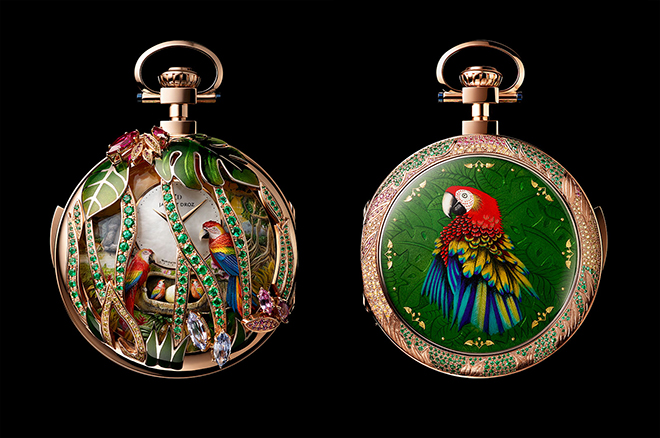 More objet d’art than a watch, the Parrot Repeater is 56mm of 18k red gold boasting an exquisite decorative technique and adorned with 10 carats of gemstones including yellow diamonds, rubies, emeralds and sapphires in three colours. The hinged lid on the front of the case features a skeletal outline of vines and hibiscus which opens to reveal an animated naturalist scene in which Jaquet Droz’s beloved motif of birds takes centre stage – All of which engraved and painted by hand, set upon 18k gold, with a mother of pearl sub-dial for the time. 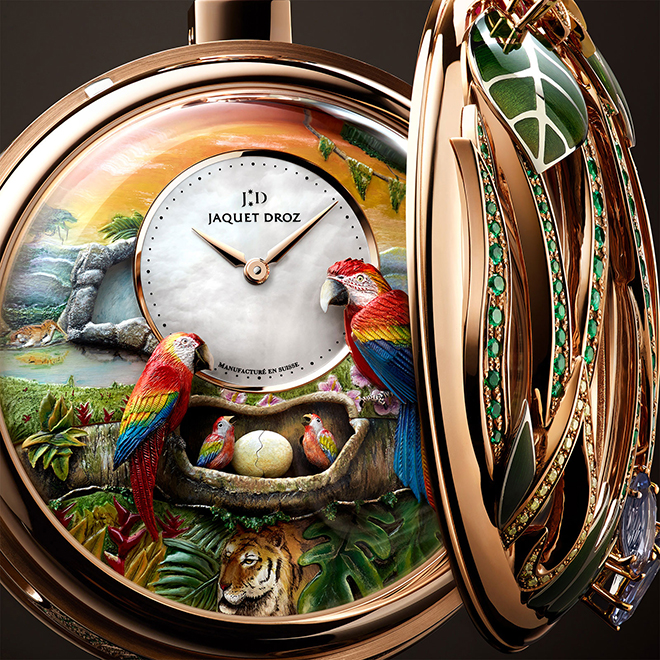 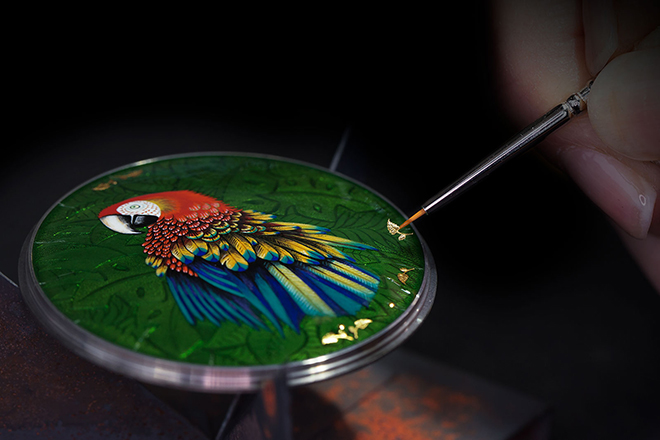 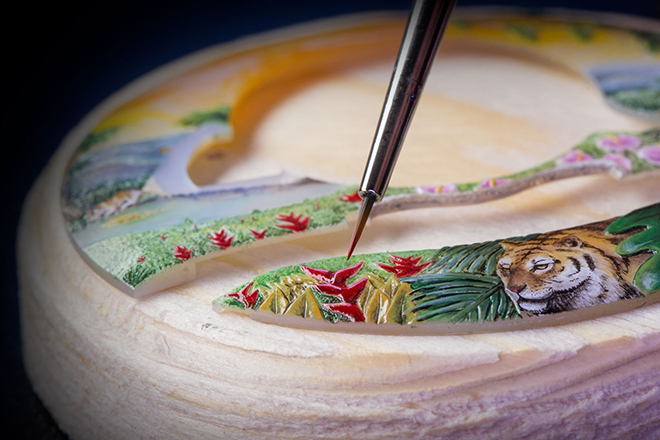 The case back of the pocket watch depicts a majestic macaw portrait meticulously engraved and finished in an enamel of various techniques, including miniature painting, grand feu and paillonne. Opening the back reveals the hand-wound cal. RMA88 that is fitted with cathedral gongs, twice the length of ordinary gongs for extra resonance. Both cases can be opened individually by a dual case-spring mechanism inside the pendant, making this unique pocket watch a double-sided mechanic marvel. Priced at a hefty SG$1.67 million, the dual cover feature offers watch lovers the perks of having 2 choices to flaunt on separate occasions. 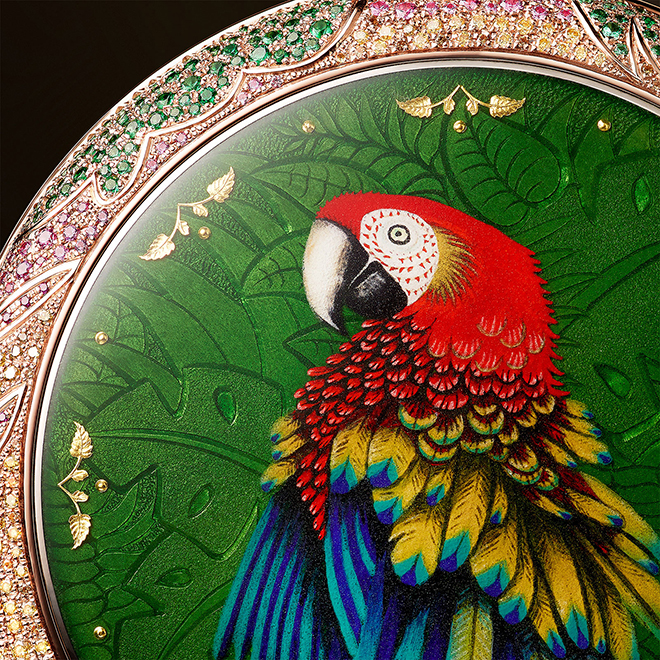 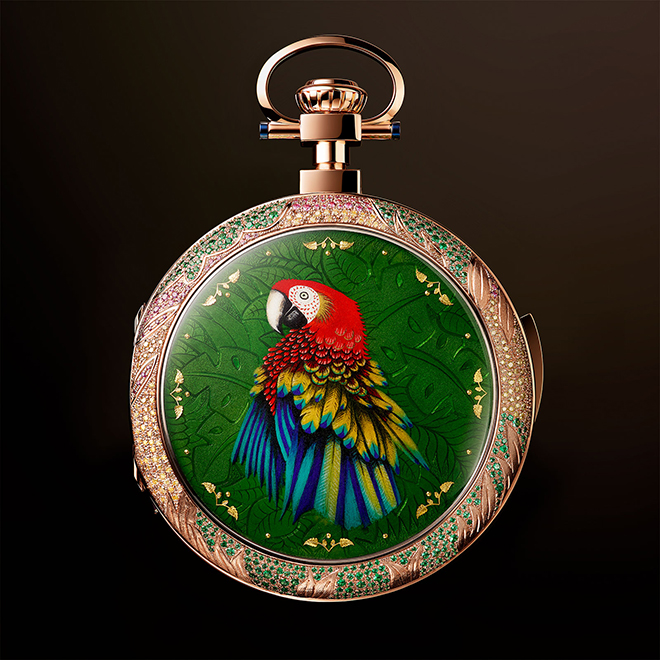