Dior has unveiled its latest campaign, featuring a designer-clad Rihanna using the French château of Versailles as her midnight playground. 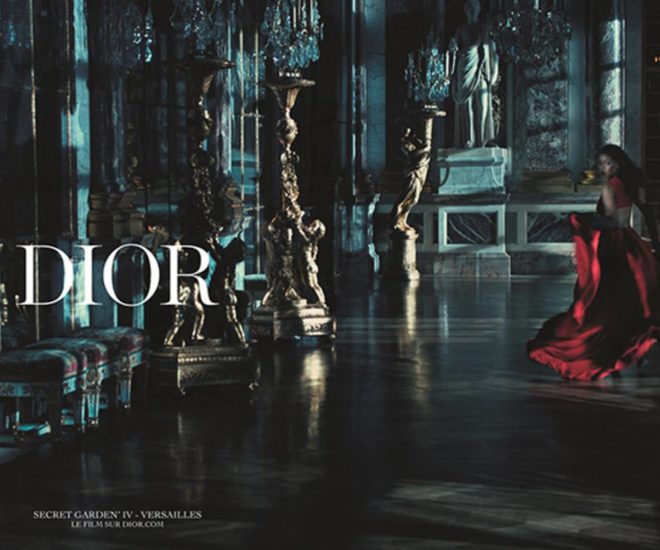 Dior has unveiled its latest campaign, featuring a designer-clad Rihanna using the French château of Versailles as her midnight playground.

“Secret Garden IV” is the fourth film in a mini-series directed by Steven Klein for the fashion house. It sees the Barbadian singer, dressed in various outfits from the label’s Fall 2015/2016 collection, dancing through the palace’s corridors and gardens after nightfall.

The accompanying music, “Only If for a Night” by Midas, will appear on the Barbadian pop star’s upcoming album, set for release this month. Shot by Steven Klein in Versailles, the photos have Rihanna modeling bags like the Diorama while posing in the palace and moonlit garden. The brand also announced Jennifer Lawrence as the face of Dior makeup line just days ago.