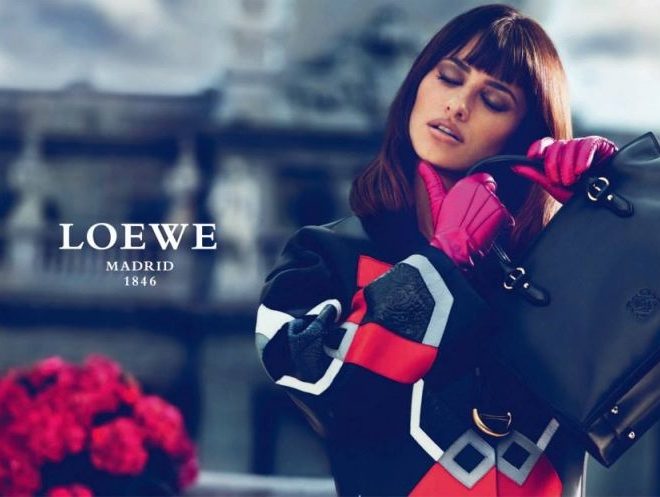 Spanish actress Penelope Cruz stars in a new Loewe advertising campaign shot by Mert Alas and Marcus Piggot on the roof of the Casino de Madrid in the Spanish capital. It’s the second campaign featuring the star who inked a three-year endorsement deal with Loewe in November 2012.

Loewe also took the opportunity to announce a new collaboration with Penélope and her dancer sister Mónica Cruz who will design a new bag, set to appear in November. The siblings created the cross-body bag which features outside pockets bag with British creative director Stuart Vevers. “We wanted to do something special but also practical, and we wanted the design to have an unmistakable Spanish element,” Penelope told WWD. The sisters’ collection will also feature coin purses and large zip wallets.

The bag is one of the last projects for 39-year-old Vevers who is departing Loewe to take up his new post as creative director of Coach.