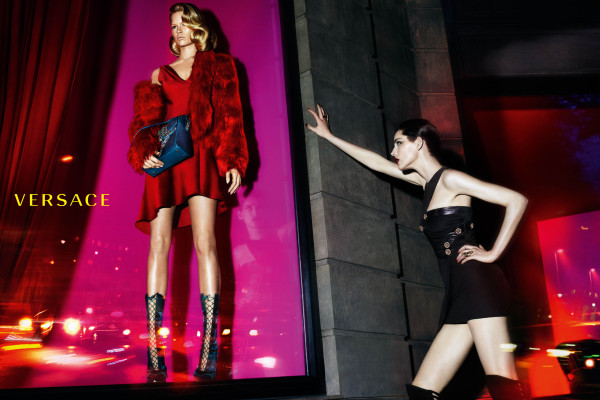 VERSACE has depicted “a world of femininity and strength” in its latest campaign images, which were shot by Mert Alas & Marcus Piggott under the creative direction of Donatella Versace. “In the new campaigns, I wanted to express the power and freedom of Versace today,” explained Donatella. “The women’s images are about strength and sensuality, with women in total control. The men’s campaign stands for a man’s right to be whoever he wants to be.” Giovanni Bianco art-directed the campaign, with hair by Garren Defazio and makeup by Lucia Pieroni.