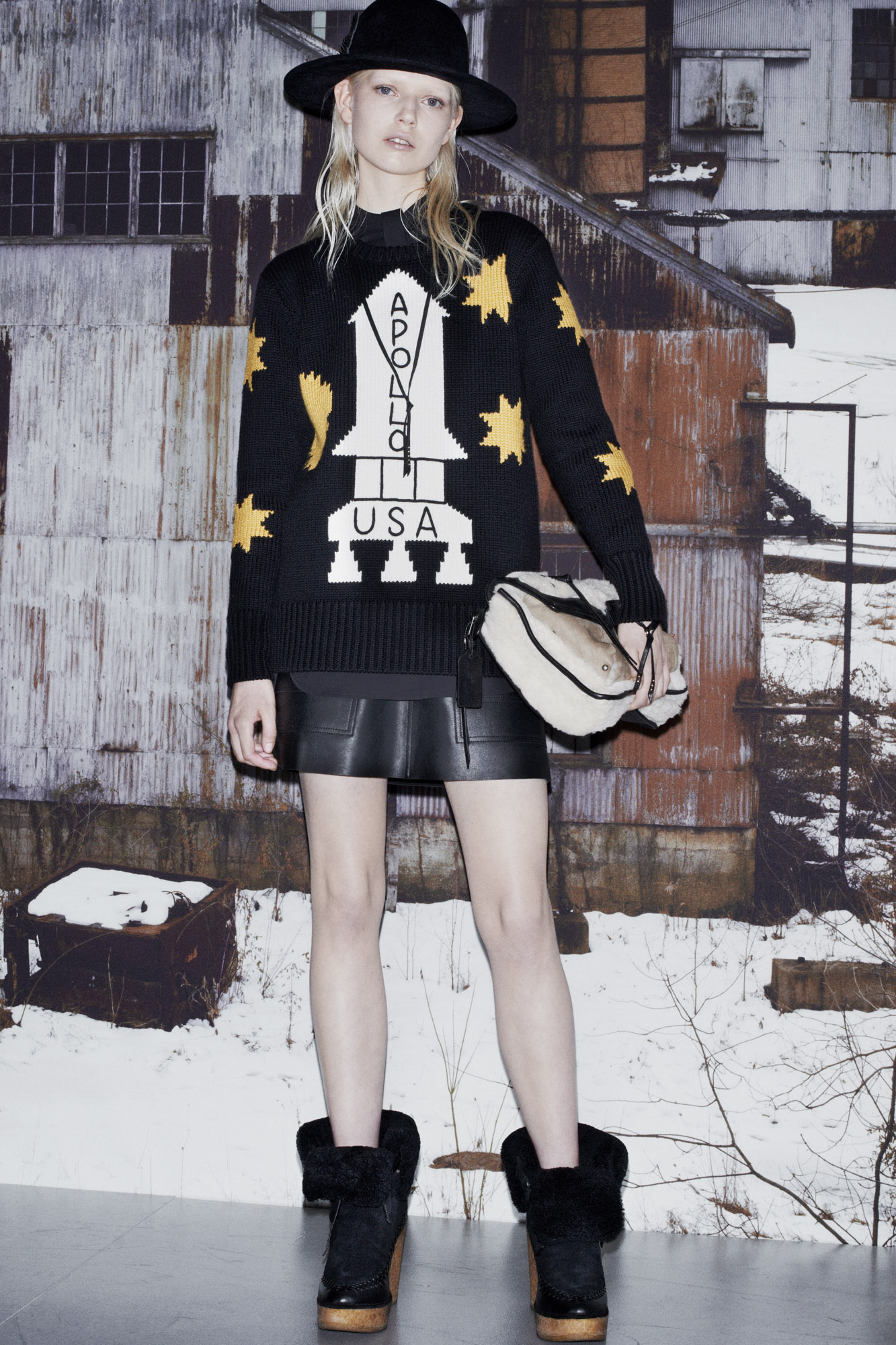 The former Mulberry and Loewe creative director unveiled his debut collection for the US luxury brand Coach at New York Fashion Week. Vevers, who helped to build Mulberry into a global brand before taking the reins at Loewe, was hired to replace Reed Krakoff last summer.

Vevers’s debut collection was inspired by American sportswear classics, “exploring the tension between utility and luxury,” according to the brand, and mixing heritage and downtown influences. As ever with Coach (and Vevers himself) the key elements are the bags. The designer is known for creating it-bags including the ‘Emmy’ at Mulberry and the Givenchy noughties classic the ‘Pumpkin’, and his latest efforts for Coach (a series of over the shoulder utility satchels in contrasting colored suedes and leathers) will be key to his success.