The designer makes his exit with 8 months left on his contract. 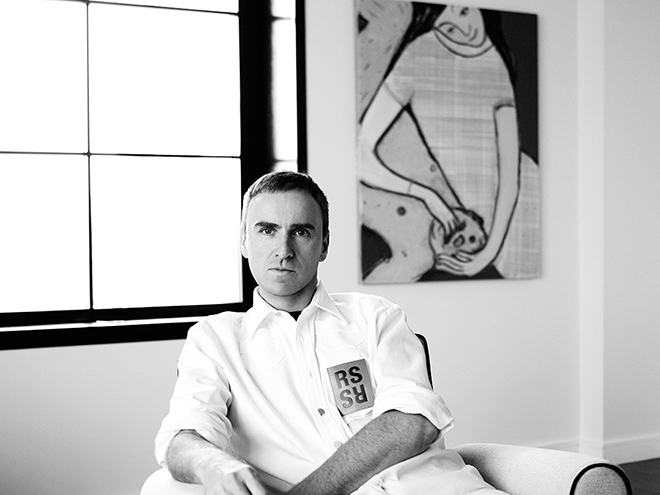 It is never too untimely for the fashion world to serve up yet another shocking headline. In a scene reminiscent of Phoebe Philo’s departure from Céline days before Christmas last year, it was announced that Raf Simon will be stepping down from his creative role after his 2-year stint at Calvin Klein.

On His Way Out: Chief Creative Officer Raf Simons of Calvin Klein

In Raf Simons tenure, he was committed to the cause of Calvin Klein. His investments to the business earned him multiple accolades for the brand, including three CFDA honours for womens and menswear. While Simon’s take on the brand was lauded within the industry, it failed to resonate commercially. According to Business of Fashion, PVH, parent company of Calvin Klein expressed concerns when profit margins fell short by 8%, causing the company their first revenue miss in the last two years. “We went too far, too fast on both fashion and price,” Emanuel Chirico, Chief Executive Officer of PVH Corp said during the brand’s quarterly results call.

“Both parties have amicably decided to part ways after Calvin Klein Inc. decided on a new brand direction which differs from Simons’ creative vision,” the company said in a statement.

Simons was appointed Chief Creative Officer of the brand in August 2016 and was believed to have signed a 3-year contract which would be up for renewal in 2019. However, with 8 months left to the end of his contract, Simons is officially stepping down. Sources reveal that Calvin Klein will not present its coming Fall 2019 collection in New York.