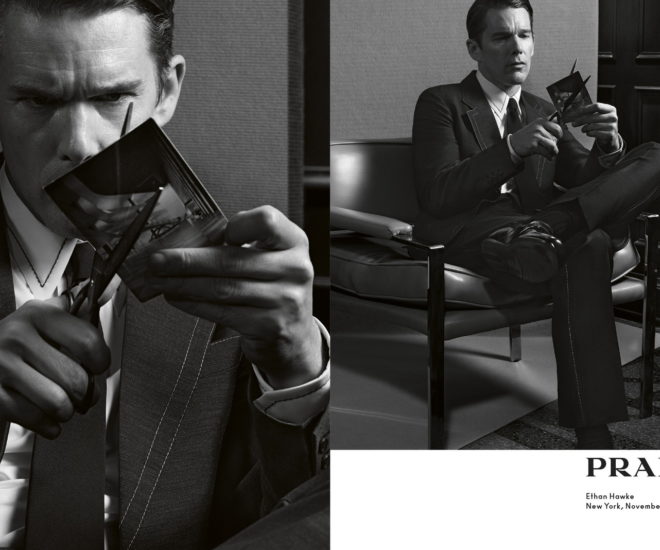 Craig McDean photographed the cast between London and New York, with a series of close-up images that see the actors interacting with tactile objects from knives to prisms. The collection’s leitmotiv, an overstitched graphic effect in contrasting color, is also shown off in the campaign, appearing on 1970s style lapels and collars. While the other thespians are relatively new hands, Ethan Hawke is a more established name, with the 44-year-old having first hit the big time with a break-through performance in 1989’s “Dead Poets Society”.